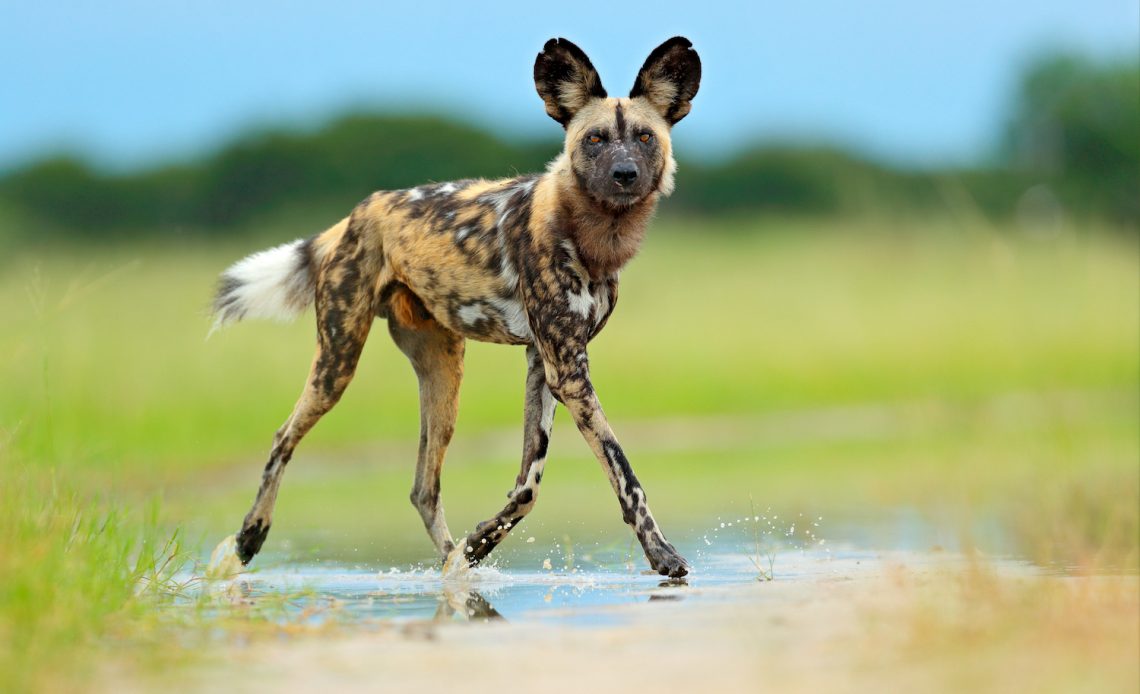 PAINTED dogs, also known as wild dogs, face extinction as a result of increased illegal hunting by poachers, a conservation centre has revealed.

The Painted Dogs Conservation Centre in Dete, which is located at the foot of the Hwange National Park, said snares set up by poachers, mostly villagers, have become a huge threat to the population of painted dogs.

“This impacts many species, but the painted dogs are particularly vulnerable because they cover relatively huge distances each day compared to most species and consequently encounter many more snares,” said the Painted Dogs Conservation Centre Anti-Poaching Unit manager Enock Zulu.

“We stepped up our anti-poaching efforts in 2020 to combat the escalating levels of poaching caused by the Covid-19 pandemic.

“We extended the area of coverage by engaging the community volunteer anti-poaching scouts from Mabale community and equipped them with quality patrol kits, teamed them up with our scouts.

As a result, Zulu said at least 33 poachers were arrested and more than 5 400 snares recovered.

The poachers use wire snares to trap animals like antelope, kudu and impala. However, since painted dogs feed on the same they are caught in the traps.

“To combat poaching, we employ scouts in our anti-poaching unit. These highly trained scouts work closely with the Zimbabwe Parks and Wildlife Management Authority and Forestry Commission patrolling areas bordering Hwange National Park on a daily basis,” he said.

“With the above measures, we have managed to keep poaching within the area under reasonable control.

“At this time of the year poaching activities generally drop because people are busy in their fields and as expected we are currently collecting less snares in the wild,” he said.

The conservation centre, which also runs a rehabilitation facility for sick and injured pups, has estimated that there are between 3 000 and 5 000 wild dogs remaining in Africa.