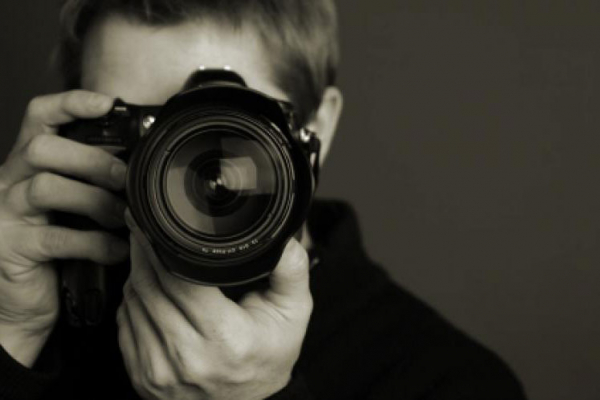 This year’s World Press Freedom Day commemorations on May 3, 2020 come on the backdrop of Zimbabwe’s 40 years of independence and ahead of the 30th anniversary of the 1991 Windhoek Declaration in 2021.

The Windhoek Declaration, which asserts that a free media is essential to democracy and a fundamental human right, is a historic document and cornerstone to the World Press Freedom Day commemorations as we know them today.

Other significant milestones and benchmarks arising or founded upon this declaration, include among others, the African Charter on Broadcasting and the African Commission on Human and Peoples’ Rights’ Declaration on Principles of Freedom of Expression and Access to Information.

These significant milestones offer immense opportunity to reflect on how far the Zimbabwean government has gone in advancing the principles and values of the Windhoek Declaration, which is the precursor to several African declarations that Zimbabwe is party to.

The Windhoek Declaration is critical for MISA Zimbabwe and indeed other media freedom, freedom of expression and access to information lobby and advocacy groups, as it is the foundation upon which our work is built.

This is the declaration that gave birth to the inception of the regional outfit, the Media Institute of Southern Africa (MISA), with its headquarters being aptly located in Windhoek, Namibia, and thus informing MISA Zimbabwe’s mission, vision and values to this day.

Suffice to say, the declaration is the cornerstone and trailblazer to the contemporary democratic benchmarks on the enjoyment of free expression (offline and online), media freedom and access to information.

It is with this in mind that MISA Zimbabwe, under the umbrella of the Media Alliance of Zimbabwe (MAZ), riding on the universal 2020 theme: Journalism without Fear or Favour, is commemorating this year’s event under the theme: Free, independent & safe media key to access to information for all.

These themes come at a time when journalists continue to be arrested, detained or assaulted while conducting their lawful professional duties of informing and providing vital information on pertinent socio-economic and political issues that affect citizens’ daily lives for them to make informed decisions.

In 2019 MISA Zimbabwe recorded 27 violations involving journalists and artists whose media freedom and freedom of expression rights were violated.

Several citizens have over the years also been arrested in terms of the Criminal Law (Codification and Reform) Act on charges of insulting the President.

Recently, during the 21-lockdown period and prior to its extension, the organisation recorded 15 cases involving the arrests, assaults and harassment of journalists and newspaper vendors.

These violations resulted in MISA Zimbabwe successfully filing for a High Court order barring the police and any other state security agents from arresting, detaining or interfering with the work of journalists.

In a related development and back-to-back with that application, MISA Zimbabwe, filed yet another successful application with the High Court compelling the Ministry of Health and Child Care and the Ministry of Information, Publicity and Broadcasting Services, to promote citizens’ access to information pertaining to the Covid-19 pandemic.

This should be viewed against the fact that 40 years after independence and on the eve of the 30th anniversary of the Windhoek Declaration, Zimbabwe is still to license privately owned commercial television stations and community radio stations.

Having to resort to court applications to enforce constitutionally guaranteed rights, therefore speaks volumes about the government’s sincerity in entrenching the pillars of democracy and commitment to uphold the rights to media freedom, freedom of expression and access to information as provided for by Sections 61 and 62 of the Constitution, let alone other rights in the Bill of Rights.

According to the Reporters Without Borders 2020 World Press Freedom Day Index, Zimbabwe is positioned at 126 out of 180 countries ranked globally.

This ranking should be a sobering and reflective moment for the Zimbabwe government considering that other Southern Africa Development Community countries such as Namibia, South Africa and Botswana are ranked at 23, 31 and 39, respectively.

While MISA Zimbabwe welcomes the Ministry of Information’s open door policy and engagements with media stakeholders in its quest to break with the past, the ultimate objective and outcome should be that of entrenching the pillars of democracy as pledged by President Emmerson Mnangangwa.

We also take note of the commendable steps being taken by government to enhance citizens’ access to information on the COVID-19 pandemic and the fact that we did not record any media freedom violations (at the time of the writing of this statement), subsequent to the court orders.

However, we are still far off the mark.

More still needs to be done as the country is still littered and polluted by a plethora of restrictive laws such as the Official Secrets Act, Censorship and Entertainment Controls Act, Interception of Communications Act and certain sections of the Criminal Law (Codification and Reform) Act.

Worse off, at 40 years, the country is still entertaining the idea of entrenching statutory regulation, criminalising the craft and practice of journalism and adopting archaic broadcasting regulatory mechanisms such as imposing maximum 20% foreign investment in the sector as provided in the Zimbabwe Media Commission Bill and the Broadcasting Services Amendment Bill, respectively.

Implementing genuine reforms anchored and underpinned by the Constitution is not rocket science nor does it require huge local and foreign cash injections.

It is therefore our well considered view that breaking with the past is about taking the great leap forward!

MISA Zimbabwe therefore urges the government to live up to the letter and spirit of the Constitution through genuine and democratic media law and policy reforms and in line with regional and international instruments it is state party to.

Leadership, political willpower, national cohesion, and the desire to see beyond today as envisaged by historic, but futuristic legacy instruments such as the Windhoek Declaration, among others, is key in that regard.