‘Youths must position themselves for leadership’

Source: ‘Youths must position themselves for leadership’ – NewsDay Zimbabwe 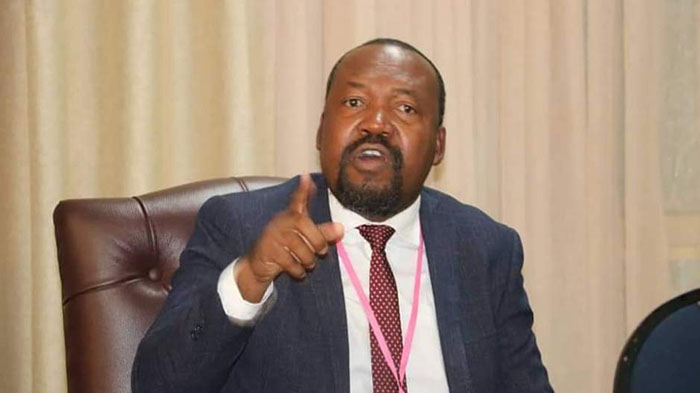 YOUTHS have been urged to take centre stage in fostering developmental issues and begin positioning themselves for leadership.

This came out yesterday during a virtual celebration of the United Nations International Youth Day, which was hosted by Youth Decide Zimbabwe (YDZ) in conjunction with Youth Led Innovative Engagement and Development.

The discussion was held under the theme The Role of the Youths in Promoting National Development and Good Governance.

Guest speaker Daniel Molokela (MDC Alliance), who is also Hwange Central MP, said youths should not be left out in national development issues.

“We need to underscore the importance of youth inclusivity where they continuously fight to stay at the centre stage. In Zimbabwe and in Africa, the population is dominated by youths so they need to be included in national development and good governance issues, ”Molokela said.

“As we speak, Zimbabwe and Africa are being led by people beyond retirement age — in the Judiciary and Parliament — where people above 60 years of age dominate.

“The vision for Zimbabwe and Africa speaks of Agenda 2063 and Agenda 2030, but most people promoting these agendas will not live long enough to see their fulfilment,” he said.

Molokela urged youths to play a pivotal role in decision-making processes that determine their future.

“As youths, you need to take into cognisance that beyond your careers and families, there is the need to put the country first. If you do not stand up now, this is the country you risk to inherit in the future — a country totally run down since 1980.

“The current leadership took over positions when they were still young in the 1950s and they have been leading for over 50 years. There is no excuse for young people. Youths must stand up, push and fight for what rightfully belongs to them, “Molokela said.

“The government is not doing enough for young people as it is led by people over retirement age. Their concept of youthfulness goes beyond 80 years of age. Don’t expect Zanu PF to support youths. If the young people are scared, we might as well write off the country as we know that Zimbabwe is not open for business,” he said.

The Zimbabwe Human Rights Forum and The Transitional Justice Working Group Zimbabwe also urged government to support youths by including them in all national processes.

In a statement, the forum said: “Youths have been cast aside in development projects that have a bearing on the country’s food security such as the land redistribution programme. The situation is further aggravated by the politicisation of youth development programmes, which have largely benefit ruling party youths.”