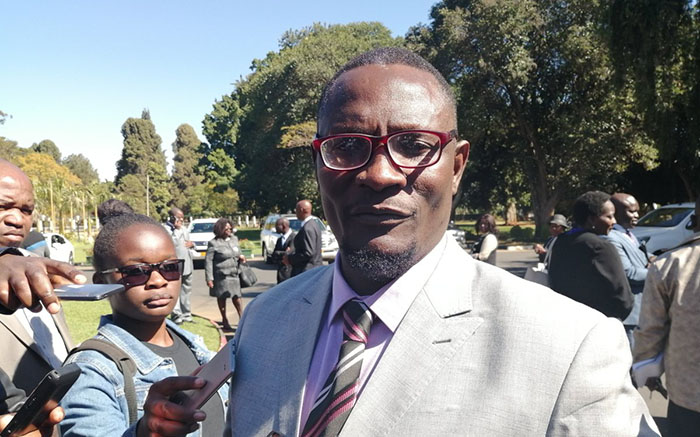 BY HARRIET CHIKANDIWA
ZIMBABWE Anti-Corruption Commission (Zacc) commissioner Gabriel Chaibva faces a US$1 million lawsuit if he does not retract his claims that the Zimbabwe Lawyers for Human Rights (ZLHR) was plotting anarchy.

In a post on Twitter, Chaibva alleged that civil society groups such as the Crisis in Zimbabwe Coalition, Amalgamated Rural Teachers Union of Zimbabwe (Artuz) and (ZLHR) were planning a national shutdown accompanied by violent protests.

ZLHR, through lawyer Tinomuda Shoko, yesterday described Chaibva’s tweet as defamatory before demanding a retraction within 24 hours saying the post implied that the human rights’ body was organising civil unrest.

“The information you posted in your tweet is false in every respect and is calculated as it damages the reputation and standing of the ZLHR,” Shoko wrote. 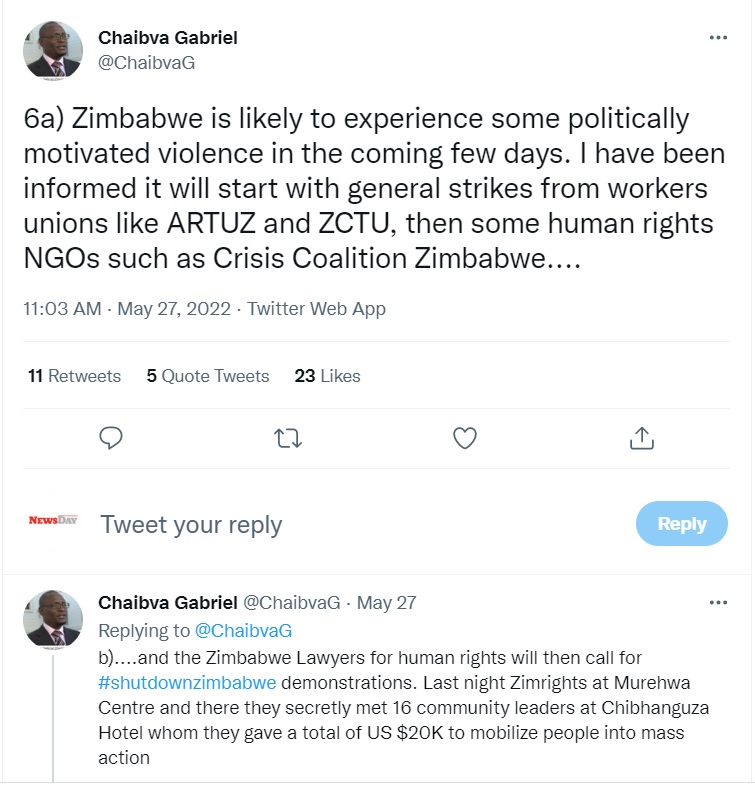 “The information which you posted on your tweet is not only false, but highly defamatory in that it creates an impression in the minds of any reasonable person that the ZLHR are masterminds and instigators of political violence and civil unrest,” ZLHR said.

ZLHR added that Chaibva’s post portrayed them as an unprofessional body.