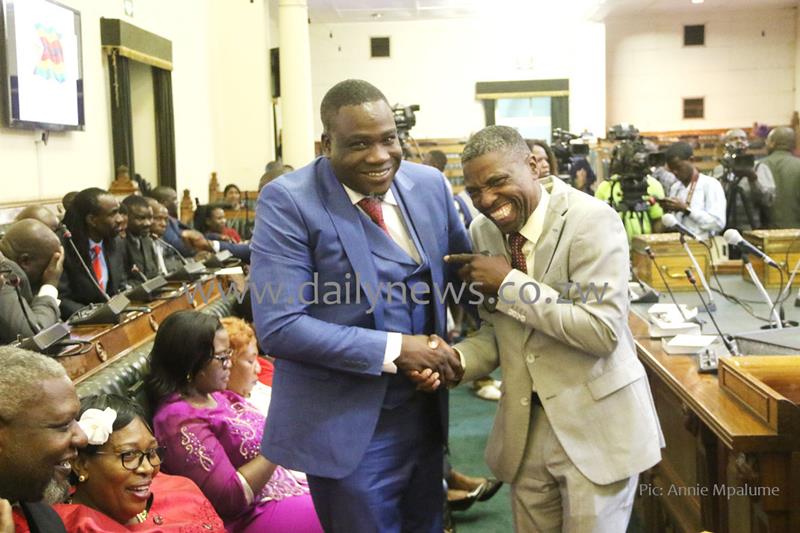 HARARE – ZANU PF and MDC Alliance supporters yesterday demonstrated a rare
sign of political maturity when they gathered at Africa Unity Square to
celebrate the swearing-in of their Members of Parliament (MPs).

The two sets of supporters are traditionally sworn enemies especially
during election periods amid accusations and counter accusations that they
were authors of political violence that has polarised the country’s
politics over the last two decades.

However, in a development that observers and passers-by hailed as positive
and a show of political maturity, the ruling Zanu PF party supporters and
its opposition MDC Alliance supporters gathered together, showing the
spirit of “ubuntu”.

“We have come here to see our MPs being sworn in and to remind them that
they have a job to do for us as the people they represent. I am glad to
see that we are showing maturity as you can see, Zanu PF supporters are
also singing and dancing there.”

Interestingly, the two sets of supporters were singing and dancing to
songs denigrating each other’s party but none of them expressed any hard
feelings.

The swearing-in of the MPs into office was administered by the clerk of
Parliament Kennedy Chokuda in the National Assembly.

A total of 350 MPs were sworn in yesterday and of the 350, 270 were drawn
from the National Assembly while 80 are members of the Senate.

Yesterday morning, this publication also witnessed visitors and family
members of the parliamentarians struggle to access administration cards
which gave them access to the public gallery to witness the swearing-in
ceremony.

A winding queue characterised the access point at Pax House resulting in
some visitors missing the swearing-in ceremony.

Disgruntled visitors insisted that officials could have issued
administration cards in advance to avoid inconveniences.

“They should have given these cards to the MPs in advance to allow us to
access the gallery on time. Right now we might miss the swearing-in
ceremony of our MPs because we do not have these cards,” said one Zanu PF
supporter who was in the queue.