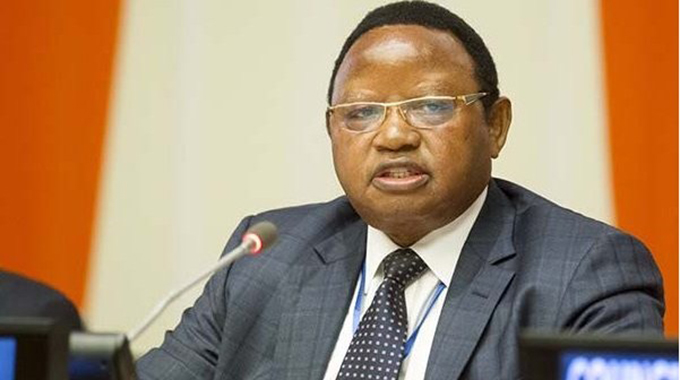 The Zimbabwe Electoral Commission (ZEC) yesterday gazetted the nomination of Dr Frederick Shava and Dorothy Mabika to replace the late Dr Sibusiso Moyo and Dr Ellen Gwaradzimba respectively as Senators after Zanu-PF submitted their names to the electoral management body.

The nomination of Dr Shava to become a Senator paves way for him to assume, after his swearing-in, the post of Minister of Foreign Affairs and International Trade following his appointment by President Mnangagwa.

Dr Shava, who is currently Zimbabwe’s Permanent Representative to the United Nations in New York, United States, could not take oath of office together with four other appointees as his appointment had to be regularised in terms of the Constitution.

He is set to replace Dr Sibusiso Moyo who died last month both as Senator and Minister of Foreign Affairs and International Trade while Cde Mabika will replace Dr Gwaradzimba as Senator.

Dr Gwaradzimba, who was the Minister of State for Provincial Affairs and Devolution for Manicaland Province, died last month and has since been replaced in that post by Cde Nokuthula Matsikenyere who was sworn in among four other new ministers by President Mnangagwa last week.

In a notice published in a Government Gazette yesterday, ZEC chairperson Justice Priscilla Chigumba said Zanu PF had nominated Dr Shava and Cde Mabika to fill vacancies that had occurred in the Senate.

“Notice of Nomination to Fill Vacancies in the Senate. The public is hereby notified, in terms of section 39(6) of the Electoral Act [Chapter 2:13], that the Zimbabwe African National Union Patriotic Front (ZANU PF) party has nominated Frederick Makamure Shava registered voter in Ward 2 of Gweru Municipality, of Plot No. 4, Umsungwe Road, Harben Park, Gweru, and Dorothy Mabika a registered voter in Ward 8 of Chipinge Central of 34, Main Street, Chipinge Town Council, to fill the vacancies in the Senate that occurred following the death of the incumbent Members of the Senate Subusiso Busi Moyo and Ellen Gwaradzimba, respectively,” reads the notice.

“Any voter wishing to object to the nomination of Frederick Makamure Shava and Dorothy Mabika may lodge them, in writing, with the Chief Elections Officer, at Mahachi Quantum Building, corner Kaguvi Street and Jason Moyo Avenue, Harare, or post them to Private Bag 7782, Causeway, within a period of 14 days from the date of publication of this notice, setting forth the reasons for the objections.”

In the same Government Gazette, ZEC Chief Elections Officer, Mr Utloile Silaigwana said the election management body had received notices of vacancies that have occurred among the country’s political parties due to death.

They included Dr Sibusiso Moyo, Gwaradzimba both from Zanu-PF and Senator Christine Rambanepasi from the MDC-T.

Apart from Cde Mastikinyire, those that have since taken oath are Cdes Felix Mhona (Minister of Transport and Infrastructure Development), Kindness Paradza (Deputy Minister of Information, Publicity and Broadcasting Services), and Home Affairs and Cultural Heritage Deputy Minister Ruth Mavhungu-Maboyi.