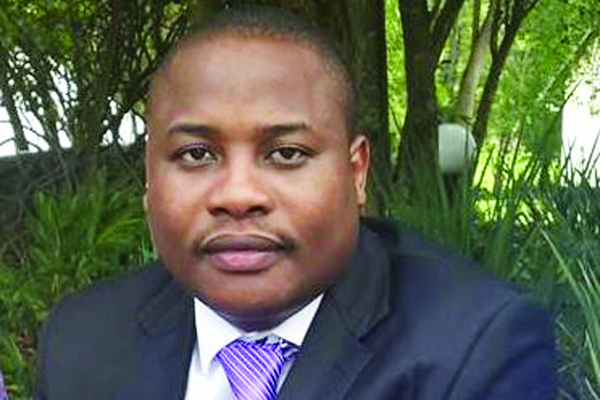 “Any initiative which makes our elections more credible, inclusive and democratic cannot be said to be in violation of the constitution and electoral laws.”

Just across the mighty Zambezi River, the Electoral Commission of Zambia (ECZ) said: “We cannot go ahead and print the ballot papers for the presidential election without the presence of all the political parties’ representation” ahead of Zambia’s 2016 general election.

As a result, political parties and key stakeholders monitored the production of the ballot paper in Dubai, inspected them upon arrival in Lusaka and were on board during distribution.

This was meant to build trust and guard against key electoral risks — namely electoral fraud, electoral malpractice and systemic manipulation.

Yet the Zimbabwe Electoral Commission (Zec) is precisely doing the opposite on procurement, printing, packaging, storage and distribution of the ballot paper.

They are utilising a black box approach and this is increasing electoral risks and procedural uncertainty in the electoral process.

Black box politics is inimical to transparency, accountability, inclusivity and verifiability, basic precepts of a democratic electoral process. In a country where most citizens do not trust the government and where government does not trust the citizens, Zec should not lower the bar of electoral integrity and undercut the democratic key electoral processes by selectively applying the letter, and not the spirit of the law.

Zec should leverage any opportunity to maximise transparency and accountability, as a strategic pathway to rebuild citizen confidence and trust in elections.

Any initiative which makes our elections more credible, inclusive and democratic cannot be said to be in violation of the constitution and electoral laws.

Therefore, the MDC Alliance is right to fight over the ballot paper by any peaceful means necessary to avoid an electoral alchemy on July 30.

This is even more important given that the world over, non-democratic states are moving from naked rigging or clumsy manipulation to less visible and less costly methods of manipulating the vote.

By so doing, they undeservedly gain political legitimacy from an undiscerning local and external eye without fulfilling democratic requirements. Such states are defined as competitive electoral authoritarian states.

From 2008 Zimbabwe joined the trend. One such sophisticated and less visible way of rigging the election is “ballot paper gerrymandering”.

How can a ballot paper be manipulated in favour of the incumbent in the Zimbabwe context?

First, is the manipulation of a ballot paper as an instrument of terror. In 2013, Zec included serial numbers on both the stub and the ballot papers.

This fed into what Zamchiya called the harvest of fear. The best practice is to include serial numbers just on the stub. In 2013, voters were told to record the two digits of the ballot serial number and submit them to the traditional leaders.

An example is in Nyanga South constituency, where village heads demanded the last digits of each ballot paper.

This was more pronounced and widespread in wards 4, 10, 11 and 12. People were terrorised so that they could leave their ballot serial numbers at information centres that had been set up by Zanu PF activists working with village heads across polling stations.

It seems Zec is not taking recommendations from election observation missions seriously.

The Zimbabwe Election Support Network (Zesn) and other international election centric organisations have raised this specific issue in their previous reports.

This is more pronounced in close contests, little information elections and where there are multiple candidates from one party.

There are many reasons, one of it is that voters engage in ‘satisficing’ that is choosing the first candidate they visualise in relation to their basic criteria. So which way Zec?

Section 57 of the Electoral Act is clear that the ordering of names should follow the alphabetical order of candidates’ surnames.

From our ongoing study, Zec put Zanu PF presidential candidate Emmerson Mnangagwa’s name first on the second column of the ballot paper. This is meant to give Mnangagwa an unfair advantage.

It also confirms public fears that Zec is being remote controlled by an “invisible hand”. If not, why would they like to favour Mnangagwa? In our view, this is even unconstitutional based on equal protection grounds.

Third, the chemical composition of the ballot and the ink used on the voting day can be engineered to advantage the incumbent.

As reported by the Telegraph, Maya Syta, a journalist, witnessed ballot papers being destroyed with a yellow liquid in Ukraine in 2004.

Ballot papers were eaten up in broad daylight in the opposition strongholds.

In some cases, immediately after voting in opposition strongholds the ink disappeared on the ballot paper.

In addition, there can be multiple voting, in part, as a result of easily washable ink with little silver nitrate concentrate.

This was reported in Zimbabwe’s 2013 general election. Zec and stakeholders must test the levels of silver nitrate in the ink to be used on the election day.

In 2013, Zec overprinted the presidential ballot paper by 35%, against the international standard of between 5% and 10%.

Now, the Electoral Act gives a threshold in line with international standards, but someone must observe to ensure the law is followed to the dot.

Failure of which deposition of ballot papers from elsewhere can inflate the vote of a preferred candidate.

Zec must account for all the ballot papers with oversight from stakeholders.

There was sole-source procurement of ballot unlike the procurement of the biometric voter registration kits, no meaningful oversight over the printing of the ballot as stakeholders were restricted to the Fidelity Printers gallery, no chemical test of the ballot, and not even ballot proofing has happened.

How do parties and candidates get to know their names and parties are written correctly?

Probably there are serial numbers on both stub and ballot paper, no specimen and we do not know where the ballot is being stored.

The opposition is, therefore, justified to seek to prevent than to cure the rigging after. They are not mere observers that should document issues.

This will improve transparency and inclusivity around printing, packaging, storage, distribution and counting of the ballot papers. All that is needed is political will.

If there is no chicanery along the four pathways of rigging using the ballot paper we have identified, then Zec can simply do the right thing.

Reader, Zec is being narrowly legalistic. The problem in Zimbabwe is political.

They can tick the box of legal clauses but that will not bring legitimacy, democracy and the stability that Zimbabwe yearns for to move on after July 30, 2018.

As Nic Cheeseman rightly observed, the world over methods used to rig elections in the digital age are often “costly, sometimes scandalous, but often legal”.

A narrow legalistic approach can still plunge Zimbabwe into a flawed transition and prolonged crisis following the November 15, 2017 military coup.

The hallmark of a democratic election is characterised by two fundamental principles, — procedural certainty and substantive outcome uncertainty.

Phillan Zamchiya and Washington Katema write in their personal capacities