Zim businesses start to count the cost of Cylone Idai 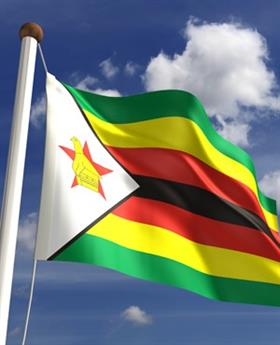 Following a tropical cyclone that tore through the eastern parts of Zimbabwe, the southern African country is weighing up the loss of life as well as the impact of the damage to infrastructures such as roads, bridges and business.

According to a member of the Confederation of Zimbabwe Industry, Henry Nemaire, who is based in the affected Manicaland region, there has been extensive damage in terms of road infrastructure which has made some business operations such as plantations inaccessible. Most of Zimbabwe’s plantations are in the Eastern Highlands region.

“There is extensive damage in terms of roads, bridges and power lines …

“The main focus is to make sure that power is restored in the Chimanimani and Chipinge district where most of the export oriented farms are located.

Nemaire said the farms might have to power factories for the next four weeks.

“But for us to be producing export goods, using diesel, it will be too expensive for the export market, so we need power to be restored urgently.”

He also called on Government to waiver duty on fuel for the affected companies ranging from timber, tea, coffee, macadamia and avocado plantations.

Listed entity, Ariston Holdings, which counts South Africa’s Origin Global Holdings Limited as its major shareholder, has macadamia and avocado plantations in one of the ravaged areas, Chipinge.

Reports from the company say in addition to the damage on buildings, warehouses and other facilities at the farms, the macadamia and avocado plantations were also heavily damaged.

While the extent of the damage is still to be ascertained, Ariston is heavily invested in macadamia having invested in a world class nuts processing plant and irrigation facilities as well as doubling of production to 1 351 tonnes. Last year, its avocado exports stood at 160 tonnes.

“We also hope that the national engineering team will also help in restoring access to affected areas,” said Nemaire.

The Ministry of Transport and Infrastructural Development has already implemented an Emergency Response Plan, that is aimed at opening up washed away roads and repairing bridges to enable accessibility in Chimanimani in the shortest time possible, according to Transport Minister Joel Matiza.

Some roads and bridges in Chimanimani are currently cordoned off to make way for engineers to work on the damaged roads in the shortest possible time.