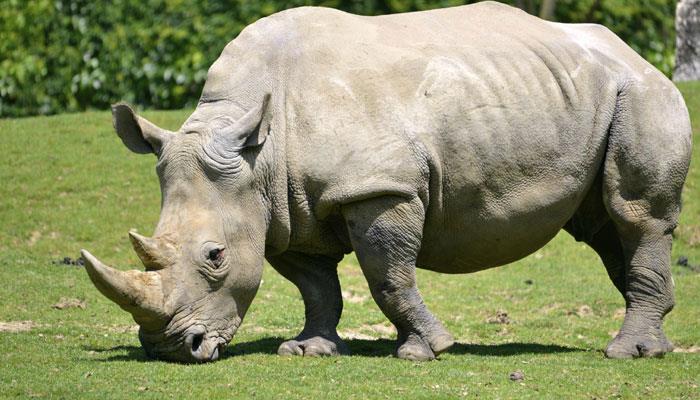 HARARE – Zimbabwe has donated 10 white rhinos to the Democratic Republic
of Congo (DRC), the Zimbabwe Parks and Wildlife Management Authority
(ZimParks) has said.

According to the organisation, the donation is part of a programme to
enhance regional rhino conservation.

“According to IUCN (International Union for Conservation of Nature) Rhino
Specialist Group, 98 percent of the world’s white rhino population occurs
in just four countries worldwide and that is South Africa, Namibia,
Zimbabwe and Kenya. Thus, Zimbabwe is one of the major white rhino range
states hence a source country for rhino range expansion to other countries
or private stakeholders.

The translocation is being done because the expansion of national and
regional rhino range areas is one of the goals of the African Rhino
Conservation plan, which will in turn enhance the security and genetic
proliferation of the species at a regional level.

“Zimbabwe is one of the important rhino range countries in the world and
has seen steady population growth of both white and black rhinos.

“In the recent past, Zimbabwe has been instrumental in restocking of new
and rehabilitated former range areas such as the Okavango Delta of
Botswana. Eight black rhinos were sent to the Okavango Delta in 2016 as
part of the …rhino donation to Botswana. The regional restocking
exercise done by Zimbabwe is important in showing the goodwill and rhino
conservation success story synonymous with the country,” ZimParks said.

DRC lost its Northern white rhino population to extinction largely due to
poaching, according to ZimParks, making the restocking exercise a crucial
move.

“However, for this exercise, a management and scientific assessment of the
security and law enforcement status and potential biological proliferation
of the rhinos was done to inform the translocation requirements. Since the
Northern white rhino went extinct in the DRC there are no fears of gene
dilution with the rhinos intended to be translocated from Zimbabwe
(Zimbabwe’s rhinos are Southern white rhinos).

“The security and law enforcement status of the receiving property was
assessed based on the local (Zimbabwe) and international (IUCN guidelines)
standard pre- translocation requirements. The Zimbabwean government was
satisfied that the pre-and post-translocation conditions in DRC met the
requisite standards for a successful re-establishment of rhinos in that
country,” ZimParks said.