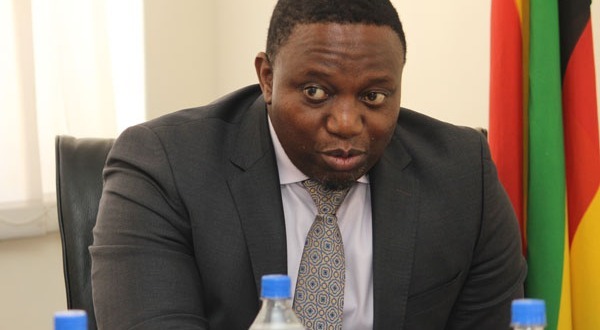 BY MIRIAM MANGWAYA/BEAUTY NYUKE
ZIMBABWE is yet to make a decision on the opening of its borders for international travel, with authorities saying they would be guided by the prevailing COVID-19 situation in the country.

The lockdown restriction imposed on the country by President Emmerson Mnangagwa last month ends on Monday and neighbouring South Africa has already announced it was preparing to open its ports of entry on Monday.

“Decisions on whether the country would open its borders are made by the National COVID-19 Taskforce, but government will be informed by the situation obtaining in the country,” Home Affairs minister Kazembe Kazembe said yesterday.

“Government makes decisions in accordance with situations and circumstances obtaining in the country.”
Health deputy minister John Mangwiro said he could not comment because he was busy.
“I am a bit tied up right now. I will get back to you,” he said.

COVID-19 infections have fallen to less than a hundred cases a day as opposed to close to 1 000 in January when the lockdown was imposed.
Deaths, averaging 50 per day in January, have also slowed to less than 20 per day.
The country was, however, still to receive COVID-19 vaccines to inoculate its population.

Zimbabwe last year opened its borders two weeks before Christmas, triggering serious congestion at the Beitbridge Border Post, which most people blamed for the second wave of the pandemic that hit the country in January, resulting in a spike in new cases and deaths.

The South Africa Border Management Agency (BMA) told Parliament yesterday that it had put in place measures to ensure that borders were not congested like what happened during the festive season last year.

The measures include limiting the number of trucks in the exit lane and deployment of adequate healthcare workers for enforcement of the necessary preventive measures and protocols.

Travellers who enter South Africa through land or air will be required to present negative COVID-19 certificates of tests conducted within 72 hours.

In December last year, traffic congestion at the Beitbridge Border Post was declared a humanitarian crisis, with seven people dying in queues.

“We are going to keep the queue for trucks on the N1 at 700 metres,” BMA commissioner Gene Ravele said.
“If the queue becomes more than 700 meters, we will divert vehicles to truck stops. We will engage trucking associations to ensure compliance.”

He added: “The agency will make use of Musina local municipality’s additional holding areas nearest to Beitbridge Border Post to accommodate an overflow of trucks. These additional holding sites will be equipped with ablution facilities and running water. However, due to the exorbitant fees charged for COVID-19 testing in neighbouring countries, travellers are settling for conducting tests at the South African borders with reasonable prices.”

Health experts have, however, warned government against opening the country’s borders as it was likely to result in a surge in new infections.

Public health watchdog Community Working Group on Health (CWGH) director Itai Rusike said the decision to reopen the South African borders was not made on public health grounds, but was informed by economic interests.

“The opening of the South African borders may further escalate our COVID-19 cases including deaths,” Rusike said.
“We are still reaping from the lax behaviour as a country when we opened our borders during the festival season, allowing people from hotspot countries such as South Africa, the United Kingdom and the United States to come back home. This triggered a spike in new COVID-19 cases.”

He added: “While other countries have been taking extra precautionary measures to manage and control the contagious South African new variant, Zimbabwe should also safeguard the health of its citizens given that we are yet to secure the doses of the COVID-19 vaccines and inoculate our people.”

Rusike said Zimbabwe should vaccinate its people first before opening the borders, which could expose the population to a more virulent South African strain.

“South Africa is currently faced with an increased burden of a new variant of COVID-19,” Fambirai said.
“Additionally, it also has one of the highest numbers of cases in the Sadc region. Opening borders with South Africa may result in an influx of imported cases, complicating the COVID-19 situation in the country.

“Zimbabwe had done fairly well in controlling COVID-19 as evidenced by the decline in new cases and also a declining mortality rate. We urge the authorities to be on the side of caution as far as reopening of borders is concerned until we achieve maximum control of the pandemic.”

Mpilo Central Hospital acting chief executive Solwayo Ngwenya said: “It is not advisable to reopen borders for now as we face a brewing third wave.

“The same will happen like the last time the government reopened borders; mass infections and the deaths that we saw in January. With the new blistering highly infectious and transmissible variant from South Africa, the effects are going to be higher.”