Zimbabwe’s controversial land reform programme, which left most of its land without collateral value has meant the country is now carrying a dead asset, its Finance and Economic Development Minister Mthuli Ncube has said. 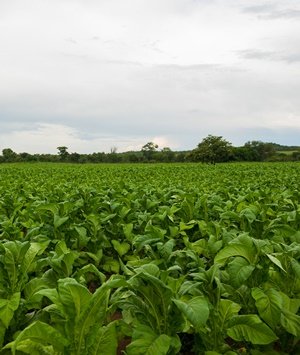 Before land reform, most farmers had title or property rights to their land, but close to 20 years after the programme, most of the land has no title and as a result, farmers have little access to loans.

The cancellation of property rights and security of tenure imposed such limitations on farmers and have had a negative impact on the southern African country’s economy.

Ncube, however, believes government can restore the collateral value of land and restore farmers’ access to billions of dollars-worth of credit that would immediately improve the country’s production volumes.

He believes dealing with the issue of land tenure and farmer compensation is critical for the country to be able to securitise its land assets.

Speaking at a breakfast meeting to review the 2019 Monetary Policy Statement, Ncube said it is critical that government restores property rights on land.

“We have created a dead asset in the form of land, and we need to turn it into a productive asset.

“One of the issues that needs to be dealt with is the issue of 99-year leases, there is still some work to do to close that off. Because without 99-year leases, we can’t create enough cover in terms of property rights for banks to extend credit to farmers,” said Ncube.

Ncube also said there is need to compensate farmers as this is a “bigger elephant in the room”.

“I must say that is an issue that I am currently seized with and I am very pleased to say that we as Government have made a lot of progress.

“We have done valuations for nine provinces and we know the values of the improvements. We should be able to conclude the evaluations by end of March.

“Only then can we start debate about securitisation of the land. We can switch to corporate finance mechanisms to compensate the farmers and launch a land bank. But the first order of business are the 99-year leases,” said Ncube.