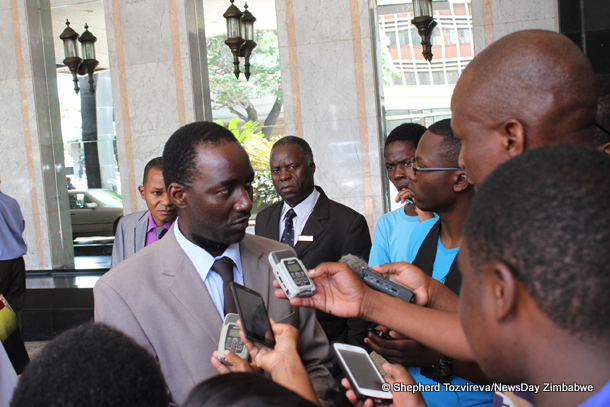 BY LORRAINE MUROMO
ZIMBABWE’s restrictive media laws are contributing to recurring disputed elections in the country, a constitutional expert has said.

This came out during a virtual meeting hosted by the Zimbabwe Elections Support Network yesterday to discuss the role of the media in elections.

Constitutional law expert Portia Kurima said most of Zimbabwe’s laws were delectable on paper, but restrictive in nature.

“While these laws defy democracy, it is the duty of the media to sustain and enlighten democracy. You should be the voice of the voiceless, yet again amplifying the voices of the masses,” she said.

“The law is there and is beautiful on paper, but we need to take a look at the laws in terms of the political environment. These laws tend to serve the interests that are not of the masses.”

Kurima said while it was plausible for government to regulate media space and to protect citizens against cyber abuse, the context in which this was being done was wrong.

“These laws are used to witch hunt and impinge on freedom of expression and access to information. The laws are open to wide interpretation, maybe it would be helpful if they were streamlined.

It’s difficult to regulate the media space and these laws can be used against anyone,” she said.

ZimFact editor Chris Kunaka urged the media to play the important role of sensitising the public on electoral issues and the importance of free and fair elections.

“Before and during elections, the media as an industry must take up media literacy and be seen as journalists, not as political propagandists,” he said.

“They should fact-check politicians and public officials and call them out in a uniformed manner.  The media must self-audit.”

Media Alliance of Zimbabwe programmes manager Nigel Nyamutumbu said: “Since 2018, there have been significant changes and critical developments in the legal environment, especially with regards to the repeal of the Access to Information and Protection Privacy Act and the introduction of the Freedom of Information Act.

“These laws ensure a media that will potentially play a role and compel the electoral body to proactively disclose information and at the same time enhancing the role of the media.”