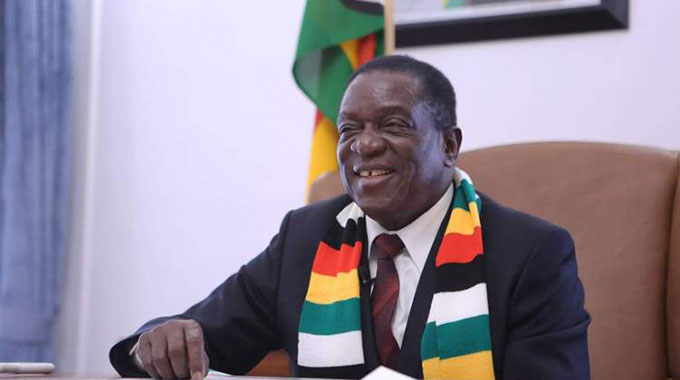 Munyaradzi Musiiwa Midlands Correspondent
Farmers have hailed President Mnangagwa and Government for early delivery of seed maize and farming inputs ahead of the 2018-19 summer cropping.

“I want to hail President Mnangagwa and Government for making grain seed and inputs available ahead of the summer cropping season. Farmers started receiving inputs under the presidential input support scheme in June.

Farmers are also getting various inputs under the command agriculture programme.

“This enables farmers to fully prepare for the summer cropping season. What has been happening in the previous years is that farmers used to receive inputs very late in October.

However, as farmers we are happy that this new administration has shown commitment to ensuring food security at household level,” he said.

Mr Mukwende said Government had also added a variety of seed and crops in both the command agriculture and presidential input support scheme.

“There is also crop mix in the grain seed that is being distributed. There is soya beans and other small grains. There is cotton as well.

As farmers we are obliged to compliment Government effort by enhancing productivity,” he said. In Midlands, 90 percent of the farmers have since received inputs under the Presidential Input Support Scheme.

Government is targeting 1, 8 million household for the Presidential Inputs Scheme for maize and sorghum and 400 000 for cotton in the 2018-19 agricultural season.