Zimbabwe: a country on the edge

Source: Zimbabwe: a country on the edge – Business Live

The glitter of Zimbabwe’s gold sector is dimming. A perfect storm of factors — not least of which is soaring inflation — is tipping the key industry downwards, taking with it the country’s prospects of production growth and an escape from a gripping foreign exchange shortage.

Gold is a significant contributor to Zimbabwe’s economy. The Chamber of Mines’ most recent “State of the Mining Industry” report, released in November, reveals that the sector generated 45% of the country’s mineral exports last year — up from 40% in 2017. In the course of the year it produced 33t of gold, worth more than $1bn.

It’s also a large employer, accounting for about 30% of all formal mining jobs last year, with as many as 500,000 small-scale and artisanal miners plying their trade across the country.

In the face of numerous challenges, capacity utilisation in the industry fell to 71% in 2018 from 74% in 2017, by chamber estimates. And in the first quarter of 2019, gold production was down 10% — the biggest slump across the minerals sector — says chamber CEO Isaac Kwesu.

It’s problematic for an industry that has the capacity to boost an ailing economy — and for government’s ambitions for the sector. It’s looking to increase annual bullion output to 100t a year by 2023, in the hope the sector will raise much-needed forex to fund vital imports such as fuel, medicine and electricity.

But it is the forex crunch itself that gold producers blame, in large measure, for the state of play.

Zimbabwe’s central bank pays gold miners 55% of their earnings in foreign currency, with the balance paid out in local currency — real-time gross settlement dollars, or RTGS$ — at the official exchange rate (about $1/RTGS$5, against a parallel-market rate of $1/RTGS$9). But delays in accessing foreign earnings are concerning, says the mines chamber.

Metallon, one of the country’s large producers, previously told the FM that it was feeling the effects of “the delay of payments for gold deliveries, and foreign currency shortages for securing key inputs”. And it’s been reported that Metallon chair Mzi Khumalo is suing the Reserve Bank for failure to access foreign currency earnings — a reason another large miner, RioZim, previously closed its operations. 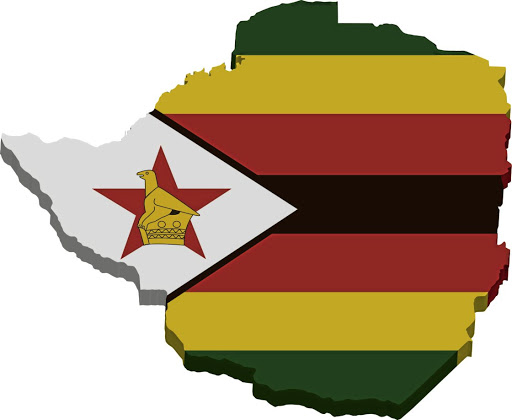 It’s not just the large miners that are struggling under the currency rules.

Small-scale miner Philip Nyazvigo owns gold claims in Mazowe, just north of Harare. “As miners, we bring in a lot of foreign currency,” he says. “We used to be OK when [the central bank] was giving us 70% in forex and 30% was put into local currency. But now we are worse off — we get only 55% in forex and the rest in local currency, which is useless. Everything we do is in forex … [There is] a mismatch, because we have a lot of expenses, such as transport, employees and other inputs.”

Besides the forex crunch, rolling power cuts present a new threat to the industry — despite miners paying a premium for uninterrupted power.

Batirai Manhando, outgoing president of the Chamber of Mines, says the blackouts are a recent phenomenon, and the mining industry still gets priority in terms of power allocation. However, he says “there has been some load-shedding in some gold mining houses”.

Smaller miners in particular are more vulnerable to issues around mineral claims and inadequate infrastructure.

Nyazvigo points to the effects on production of unclear rights allocations. “Disputes over gold claims are very common, especially among small-scale miners,” he says. “The mining certificates we have use approximate location so you end up having people coming every day to say: ‘This is my claim.’ This disturbs operations.”

Moving ore to processing centres is also problematic, as producers are forced to use roads considered unsafe. It costs them as much as $150 to move 5t of ore. And with the national rail agency now adjusting freight charges to match inflation, production costs across the board will rise.

Government is consulting on increasing ground rental fees, according to industry insiders — likely to eat further into margins.

The result has been cutbacks and a scaling down of operations. Large companies such as Metallon, for example, have put workers on short working weeks, while others are retrenching miners, says Tinago Ruzive, president of the Associated Mine Workers Union of Zimbabwe. “There is a lot of compromising of safety measures as workers have to work without sufficient protective wear and gear.”

Mines minister Winston Chitando had not responded to questions at the time of going to print. But the Zimbabwean central bank is trying to boost production — and discourage smuggling — through an incentive system. It was paying an output incentive of about $1,368/oz for gold, against a fluctuating spot price of about $1,327 at the beginning of the week.

But the problem, according to a finance manager at a large gold mining company, is that there is little willingness to address underlying challenges affecting the industry.

There’s also been little to no investment for expansion.

“There are no new gold projects and investment into capacity expansion is very limited,” says a board member of a local gold company, speaking on condition of anonymity. “The gold sector is struggling and we see this as reflecting in the first-quarter output decline for gold which, if we are not careful as a country, may continue for the remaining quarters.”