The recently concluded Zimdaba II, held at the Royal Geographical Society, London on 9th and 10th April highlighted something that tends to be overlooked when reporting on Zimbabwe, and that is the fact that not only is the country open for business, but that more and more investment is entering the country, thanks to the easing of restrictions and facilitation of doing business by the Government. 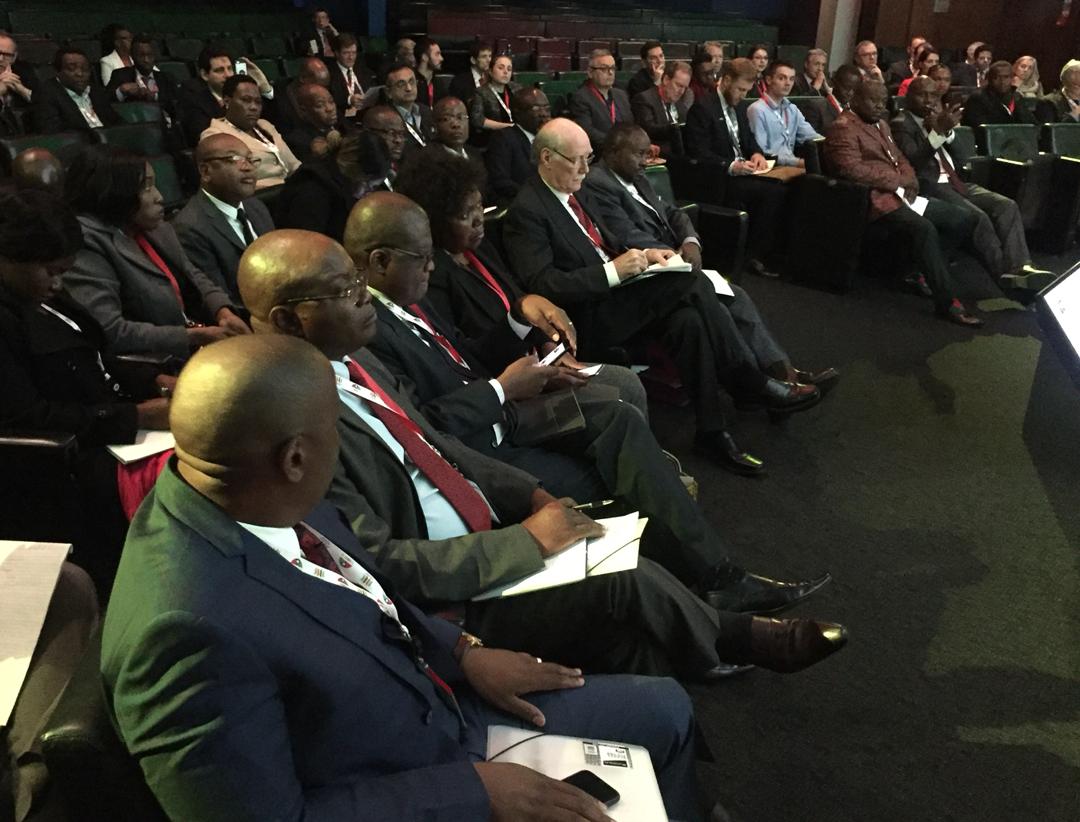 When Consolidated Africa Services (CAS) held its inaugural Zimdaba in March 2018, Zimbabwe had recently changed Government under the new leadership of President Mnangagwa. At that time there was a feeling of euphoria about the Second Republic and CAS had to turn away delegates to Zimdaba, due to oversubscription. The first Zimdaba was where the Government of Zimbabwe laid out its set of targets to achieve in the following weeks and months and the private sector encouraged investors to return to Zimbabwe.

Fast forward to Zimdaba II and the take away story from the conference was that, now the euphoria was over, Zimbabwe had settled into a rhythm of achieving those targets and the private sector who are already investing in Zimbabwe were happy with the support they were receiving from Government. The feeling among delegates was that the Zimbabwe Government was taking the attraction of investors to the country very seriously.

Delegates to Zimdaba II heard from a range of speakers representing both Zimbabwe Government and the private sector, covering topics that ranged from the implementation of Special Economic Zones, through the impact of monetary policy on investment, through the establishment of a One Stop Investment Services Centre (OSISC) – under the auspices of the Zimbabwe Investment and Development Agency (ZIDA) – to what the reforms being implemented meant to the person on the ground and those thinking of investing in Zimbabwe.

Some of the key take away points made by the speakers were:

Group CEO, Consolidated Africa Services, Munyaradzi Majoni was pleased with progress being made in the country’s economic sector and encouraged investors and delegates to tap into Zimbabwe’s comparative advantages and be part of the changing narrative coming out of re-emerging Zimbabwe.”

Ambassador Stuart Comberbach, Special Adviser to the Minister of Foreign Affairs and International Trade set the honest tone of the conference by providing detailed information on the political, legislative and economic reforms being made by the Government, in order to improve the business environment in Zimbabwe and the steps being towards reintegrating Zimbabwe into the international community

CEO, Imara Capital, Mark Tunmer expressed his confidence in the Zimbabwe Stock Exchange and referred to its performance as an indicator of positive developments in Zimbabwe’s reform agenda and economic growth.

Deputy Governor, Reserve Bank of Zimbabwe, Dr Kupukile Mlambo, who was making his second appearance at Zimdaba, unpacked the recently announced monetary policy statement and outlined its impact on investment. The objectives of the 2019 statement were to preserve the value of RTGS balances, notes and coins, offer earners of foreign exchange and investors fair value for their funds, curb distortions and curb multi-tier pricing. These objectives are proving to be effective so far in building investor confidence in the country’s financial system.

Minister of Mines & Mining Development, Hon. Winston Chitando: said that there are three things necessary to bring Zimbabwe’s mining to its glory days; the resource, which is abundant, with Zimbabwe being host to at least 40 commercially viable minerals, commensurate capital and the human resource skills base. The aim of the conference is to attract capital into Zimbabwe which is a key requirement in the country’s mining sector.

Permanent Secretary in the Ministry of Industry and Commerce, Dr Mavis Sibanda profiled the value addition plans for government and invited investors to come and tap into the opportunities to process produce from Zimbabwe’s agricultural and mining sectors

Chairman, Consolidated Africa Services, Edward Holme said the company would play their role in supporting Zimbabwe’s economic agenda through attracting the right kind of investment through their three C’s philosophy which looks at investments that are good for the Country, the Communities in which the businesses operate in and the Company underpinned by a first two years of the next ten ensuring a long term and sustainable approach to business. He also highlighted that the company will be supporting young entrepreneurs and will be getting more of them to the next Zimdaba conference in 2020 to expose them to business at a global scale.

CEO, Raha Cooking Oil, Ankit Jain expressed his satisfaction with the operating environment, having invested in Zimbabwe since 2012. He went on to give a positive comparative assessment of the business environment since the time he first moved into Zimbabwe, as well as experiences within the SADC region, as his company operates in other African countries.

Executive Chairman, Hugh Warner, Prospect Resources, which recently achieved Special Economic Zone status in  Zimbabwe, after having made a massive investment in lithium mining, walked the Zimdaba delegates through the process that Prospect Resources took in establishing itself in the country and how they were happy with their experience of investing in Zimbabwe.

Where Zimdaba I, in 2018, was the setting out of Zimbabwe’s investment stall under a new administration, Zimdaba II, in 2019, demonstrated to the world that those targets were being met on a daily basis and the Zimbabwe Government is continuing to increase the ease of doing business in the country. This was borne out by all delegates to Zimdaba, who felt that there was a genuine commitment to attracting investment from the outside world.

Consolidated Africa Services (UK) CEO, Nick Holme said: “I was very pleased with the way Zimdaba II went this year. There was a meeting of minds between attendees and the delegation from Zimbabwe and the country is definitely going in the right direction in terms of encouraging investment into all sectors. There was also a keen desire to include the diaspora more, which is a key area being focused on by us in CAS and we look forward to the next step in Zimbabwe’s investment journey at Zimdaba III in 2020.”