Zimbabwe elections: Has the leopard changed its spots? 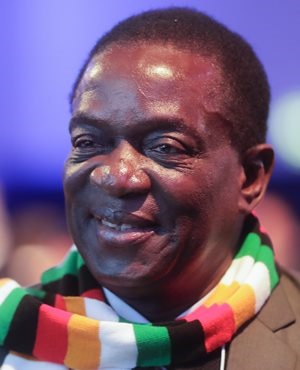 Zimbabweans must make a critical choice at the polls on Monday. But many of them are justifiably confused, writes Crecey Kuyedzwa.

Source: Zimbabwe elections: Has the leopard changed its spots? | Fin24

“Better the devil you know than the devil you don’t.” As the old saying goes, it’s better to deal with someone you are familiar with, even if they are not ideal, than to take a risk with an unknown person.

But then there is the other old adage: “A leopard can’t change its spots.” People will remain true to their nature, even if they claim otherwise.

This is the dilemma the Zimbabwean voter faces ahead of the country’s harmonised elections on Monday.

For the first time in 37 years, the southern African country goes to the polls without its former strongman Robert Mugabe. Zimbabweans will have to choose between President Emmerson Mnangagwa and his main opposition, Nelson Chamisa of the MDC Alliance.

For decades, the country’s citizens have been advocating for a change in government. At the centre of such calls lies the deplorable state of the economy and democratic rights.

Next week’s polls will be the closest Zimbabweans come to choosing their next leader freely. Unlike in the past, acts of violence, intimidation and vote buying, if any, have been very limited.

Mnangagwa was Mugabe’s henchman during his 37-year rule. However, he has made sure election campaigns are held in a peaceful manner, calling on international observers – long banned by Mugabe – to come and monitor the elections.

International media, often perceived as hostile, have been allowed in too.

We have nothing to hide, Mnangagwa declared.

“Because we are going to have a peaceful election, a free election, a transparent election, why would we not allow our election to be observed?

“This time around, I am opening (it to) the (European Union) and the United Nations to also come and observe our elections. There is nothing to hide,” he said.

Unlike in the past, where campaign messages where largely political and characterised by hate speech, Mnangagwa has instead focused on the economy, the opposition’s selling point in the past.

In Zimbabwe, we are behind the world by 20 years. We need to leapfrog and grow our economy to become a middle-class economy by 2030, Mnangagwa has said. The target is a per capita GDP of $3 500.

Key reforms, including scrapping empowerment laws, have been made, as Mnangagwa tries to woo back investors and foreign direct investment.

“He is saying and doing all the right things, some of which we never thought his party, Zanu-PF, would ever be associated with,” says citizen Robert Mugwagwa, who is still to decide on his presidential choice.

“You cannot ignore what he has achieved in a very short space of time. We have seen change and the country is looking attractive again.”

Mugwagwa is right; Zimbabwe seems to be back on the world map.

According to reports attributed to the tourism minister, the number of foreign visitors to Victoria Falls, the southern African country’s flagship destination, jumped nearly 50 % in the first quarter of this year, compared with the same period in 2017. Countrywide, arrivals rose by 15% to 554 417, according to treasury statistics.

In the month of June, gold sales amounted to $151 million in earnings, a 10-year high.

“This is confusing. I am still to decide who to trust with my vote. Mnangagwa was part of Zanu-PF when Mugabe ruined this country, and held several key portfolios in government, which means he contributed to our problems. But what he has done since he became president has also been remarkable,” Mugwagwa sums it up.

He is not alone. Many are confused.

Can they stick with the devil they have known since independence? Can a leopard change its spots?

The days are counting down, and Zimbabwe will decide.