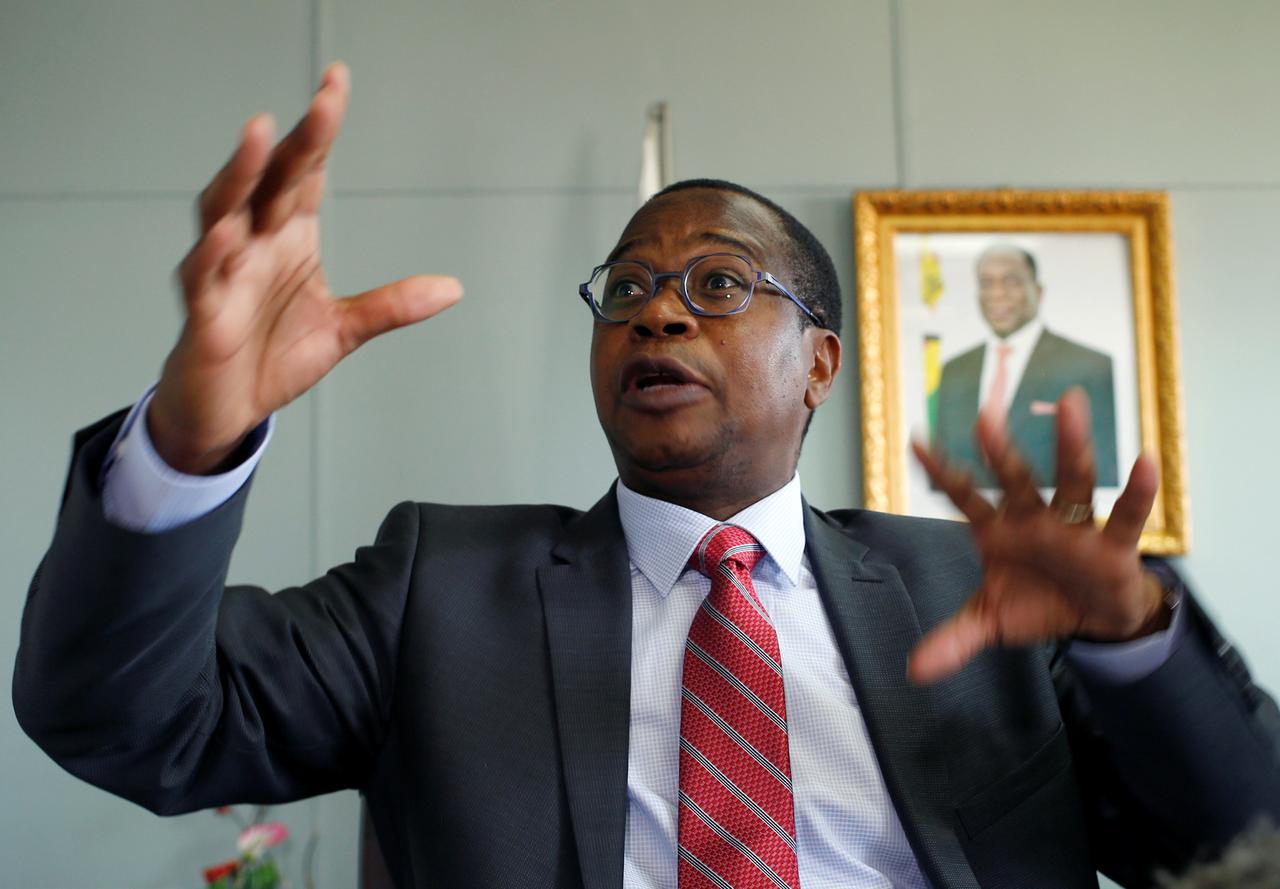 Since the RTGS dollar was introduced in February, prices of staples including sugar, cooking oil and rice have risen as much as 60 percent, squeezing already hard-pressed consumers and fuelling resentment against President Emmerson Mnangagwa’s government.

“It is actually bad economics to link price increases to the exchange rate. That’s not how you do it, it is profiteering,” Mthuli told reporters.

The southern African nation dumped its hyperinflation-hit local currency in 2009 and replaced it with the U.S. dollar, which has been in short supply since 2016. That has in turn driven shortages of fuel, medicines and other goods, hobbling the economy.

In February Zimbabwe scrapped a 1:1 peg between the dollar and the bond notes and electronic dollars it introduced to compensate for the hard currency shortage, merging the surrogate currencies into the RTGS dollar.

On the official market, the RTGS weakened to 3.03 per U.S. dollar on Wednesday, according to central bank data.

But some retailers in major cities have pegged their prices using the higher black market exchange rate, as well as offering discounts on U.S. dollar purchases.

Ncube, who was announcing a $400 million wage deal for public sector workers, said the treasury was monitoring price hikes but would not be drawn on whether it would impose controls.

Although trade in the RTGS is restricted, economists expect the currency to come under more pressure when Zimbabwe starts importing grain as a consequence of a devastating drought this year, likely triggering more inflation.

The year-on-year inflation rate climbed to 59.39 percent in February. Ncube has previously said annual inflation will fall to below 10 percent by year-end.