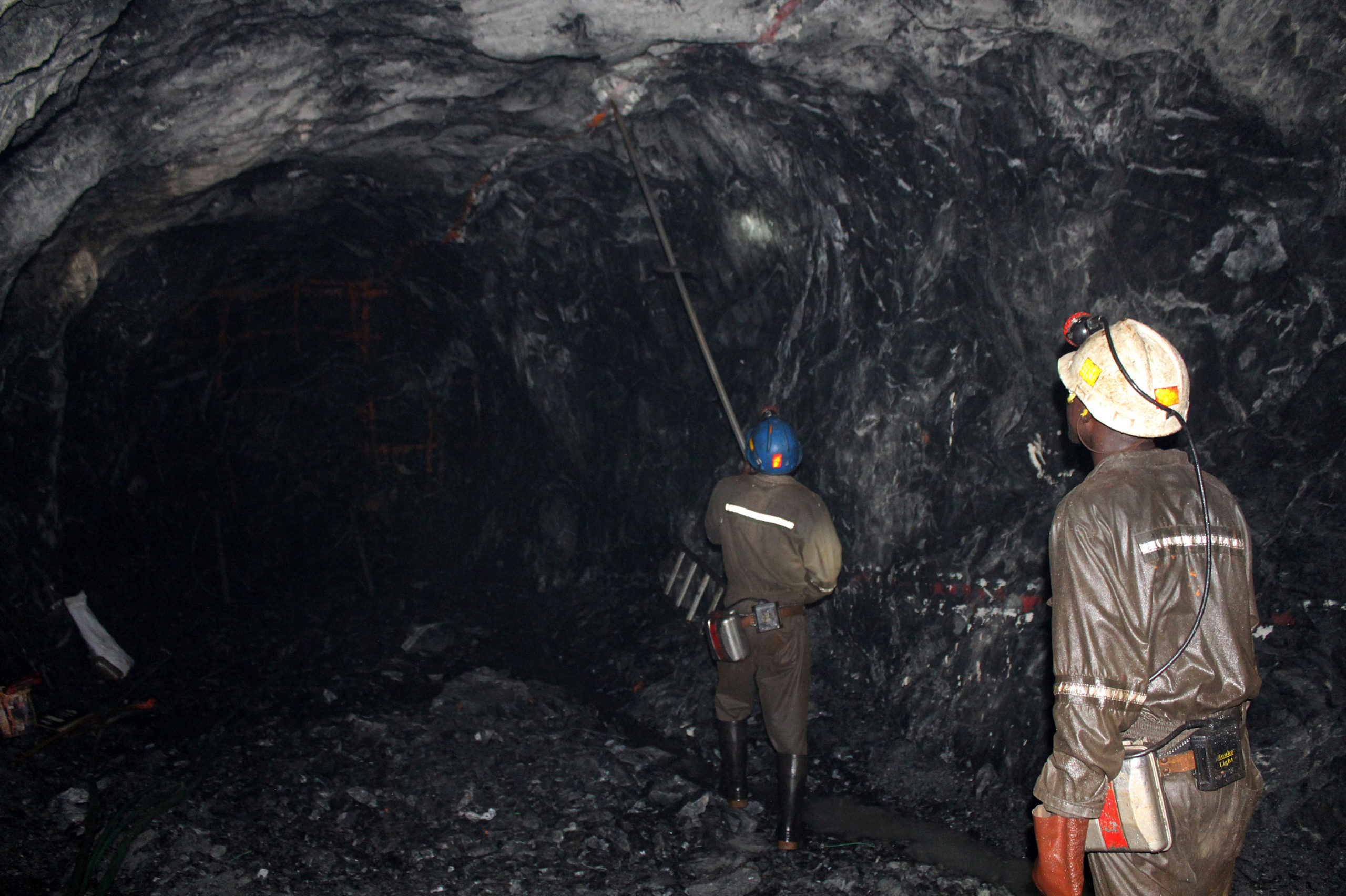 Mine workers are pictured at the Freda Rebecca gold mine in Bindura town, file. . REUTERS/Philimon Bulawayo

Zimbabwe’s gold production fell 30% to 3.98 tonnes in the first quarter of this year, while export earnings from the yellow metal also declined, central bank data showed on Friday.

The Reserve Bank of Zimbabwe (RBZ) did not give a reason for the decline, but small-scale miners who produce half of the mineral say shafts were flooded by above normal rainfall during the period.

RBZ said the southern African nation, which faces perennial shortages of foreign currency, earned $200 million from gold exports in the January-March quarter, down from $226 million during the same period last year.

Total gold output tumbled nearly a third to 19 tonnes last year after small-scale producers diverted the metal to illegal private dealers who pay more than the central bank gold refining unit, which is the country’s sole buyer of bullion.