Addressing the business community in Bulawayo, he said cash shortages experienced after the announcement of election results were due to panic withdrawals by people who feared the immediate return of the Zimbabwean dollar after Zanu-PF’s victory.

“Access to loans is a function of deposits in a bank and if you are taking away deposits from the bank it means the bank will have nothing. This is what has happened in the banking sector in the past few days, given the extent people have withdrawn their deposits panicking that their money will be locked in banks as the new Government will revert to the local currency,” he said. 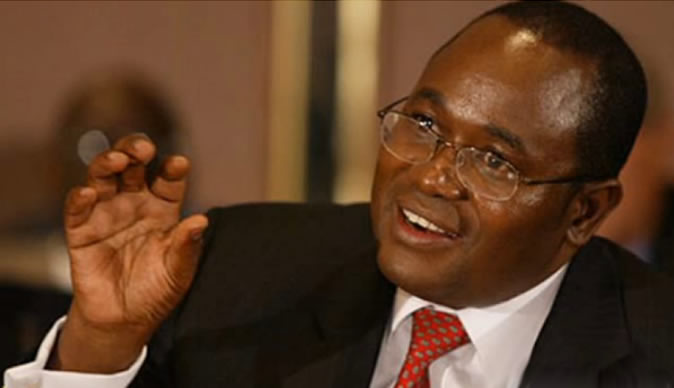 According to the 2013 mid-term national budget recently presented by the outgoing Finance Minister Tendai Biti, banking sector deposits grew from $703 million in 2009 to $4.43 billion as at 31 May 2013.

Dr Gono said the present liquidity in the economy could be improved among other things through increasing exports, foreign direct investment, and securing dividends from local companies’ investments outside the country.

He reiterated that the return of the Zimbabwe dollar was not imminent as the economy was still not able to sustain itself.

“Let me begin with the rumoured imminent return of the Zimbabwe dollar. Certainly, no country can be happy to use other people’s currency forever. When we introduced the multi-currency system, we never said it would be our desired end for ever.

“We are fully aware that before the return of the local currency, the economy should have taken a sustained path of growth and I am not seeing this in the next three or four years,” he said.

Dr Gono said four years after adopting a multi-currency system, Zimbabwe was still to achieve a desired economic growth trajectory that would allow the country to revert to the local currency.

“We will need to see a certain sustained growth of our economy of not less than six percent or seven percent. It takes a while to be able to build that. There are also a number of aspects such as increasing capacity utilisation in industries to 80 percent as well as attaining not less than 60 percent employment levels, certainly if we reach that point, we need to introduce our own currency.”

“In 2009, the then World Bank president spoke about the need for the world to move away from the US dollar. And when we introduce a gold backed currency, there will be no need to exchange for the US dollar.

“Also when we introduce a gold-backed currency we need to have accumulated sufficient gold to back that and backing will not be by confiscation but by purchase,” he said.

Speaking at the same occasion, economic commentator Dr Eric Bloch said the future of Zimbabwe was dependent on an effective Indigenisation and Economic Empowerment programme that Dr Gono earlier said required to be done with due regards to the dictates of economics.

“The future of Zimbabwe is dependent on effective indigenisation. We need international investors to improve our access to international markets, capital and state of the art technology. By year 2020, we will be the fifth strongest economy in Africa,” said Dr Bloch.