Zimbabwe’s only beneficiary by AfriCartoons 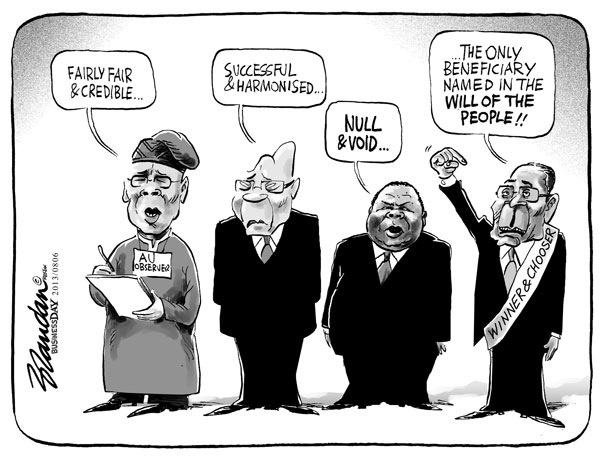 The only beneficiary named in the will of the people

by Brandon Reynolds via http://africartoons.com/cartoon/11127?filter=16356

Inequalities at the heart of uneven progress in the AIDS response

Zimbabwe had a bumper harvest: what went right and what needs work

Compulsory indoctrination for civil servants on the cards

‘Only removal of Zanu PF from power will solve Gukurahundi issue’