The government has issued in a new currency, which is mostly virtual. 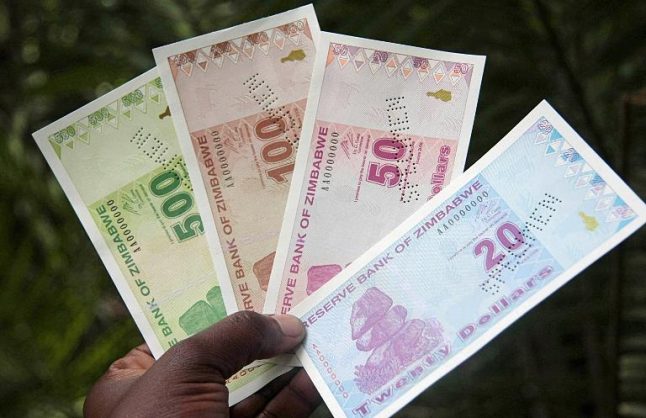 The Zimbabwe Revenue Authority (Zimra) has hiked customs and excise duties by 300 percent, it emerged on Saturday.

This came as Government Gazette statutory instrument 32 of 2019 ushered in a new currency, the real time gross settlement (RTGS) dollar. The RTGS dollar is largely a virtual currency, with the bond note released in 2016 also now classified as virtual currency.

A statement by Zimra explained how the new duty regime would work.

“The new currency affects clearance of designated goods by converting current balances in the nostro FCA [foreign currency account] prepayment account to ZWR at the prevailing exchange rate with the USD.

Zimra added that the prepayment account would be used to clear designated goods. “All values on the bill of entry and form 49 would be reflected in RTGS dollars although payment would be made in forex,” the tax collector said.

With the increase in the customs and excise duty, it will have a ripple effect on the prices of goods. In January, Zimbabweans protested against drastic fuel price hikes announced by President Emmerson Mnangagwa.

The protests left 17 people dead and more than 80 others wounded, according to civic society organisations, following a brutal and bloody crackdown by the military, police, and spy agents.

An independent policy research organisation this week warned that the country was likely to experience more protests until the government addressed issues of concern to citizens.

It said there had been a change in the cycle of protests since Mnangagwa’s rise to power following an effective coup in November 2017 and a disputed election in July 2018.

Sivio Institute executive director Tendai Muriswa said intervals between major protests had been shortened to four months under Mnangagwa’s administration as compared to up to seven months during former president Robert Mugabe’s lengthy stay in power.