Zimbabwe is Far From Taking Sport as a Business 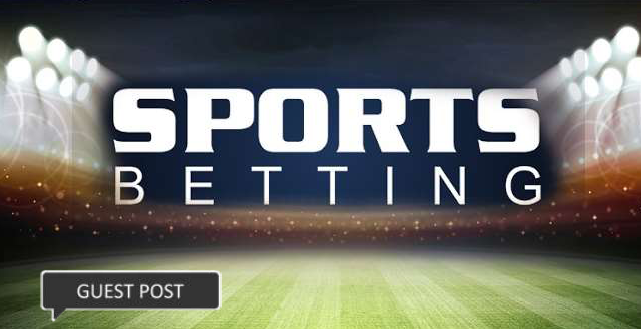 An assessment of Zimbabwe’s potential of transforming sports into business has revealed that the Southern African country is still a long way to go. Looking at the organization of different tournaments at continental and global levels, it is easy to note just how far Zimbabwe will need to go to make sports as lucrative as it is in other parts of the world.

The Zimbabwean national football team, The Warriors, hosted and won the 2017 Cosafa Cup championship, beating Zambia 3-1 in the finals.

The Warriors then took part in the 2019 Africa Cup of Nations in Egypt and were pooled alongside hosts Egypt, DR Congo, and Uganda.

If you had the pleasure of going to Russia during the 2018 FIFA World Cup finals, the setting of the world’s most-watched tournament was an incredibly high level.

The spectacle witnessed during the opening, and closing parties of these major tournaments looks way beyond Zimbabwe’s reach. An honest opinion regarding the gap in class may sound demeaning, but it is based on facts. It might take decades for Zimbabwe to reach Egypt and South Africa’s levels on the continental front before it can dream of getting at par with Europe.

The country lurks on multiple fronts, and not just in how sports are treated. The online casino industry remains underwhelmingly unregulated. Considering betting and sports go hand in hand, a lot still needs to be done.

There is a lot of potential in Zimbabwe, but before attaining the leading casinos, it could take a lot of restructuring. Jackpot City Casino NZ is one of the leading online casinos in the world. It operates across several countries across different continents and is loved primarily for the user-friendly layouts and incredible bonuses.

The Gulf in Class

The discrepancy in the management of sports in different countries is appalling. Established and well-developed countries understand the value of sports and what it means to pump revenue into the economy. Investment in top-notch sports facilities speaks a lot about how much a country expects in return.

Moving north, Al Ahly Sports Complex in Egypt is a marvel. It is where the Champions League match against FC Platinum was held. Platinum had the opportunity to conduct a few training sessions in the facility, and by all standards, it was an incredible experience.

It was a shock for FC Platinum chairman Evans Mthombeni and the head of delegation Kenneth Mhlophe, who agreed about the gulf in class between Zimbabwe and Egypt in terms of sports.

We are talking about one of the well-established sports structures in Zimbabwe, traveling to Egypt to realize that what they have back home would be rendered substandard in a different setting.

These are products of proper policies that were put in place by the Egyptian government and forward-thinking sports management that has seen Egypt dominate football both at the international and club level.

Facilities now in a deplorable state

If well-spent, money can be used to transform sport, and in return, sport can bring returns. Persons responsible for overseeing sports development in most African countries do not see the value of investing heavily in sports.

Zimbabwe hosted the 1995 All-Africa Games, where the government pumped in money to build new sports facilities and upgrade existing ones, particularly for the event. Magamba Hockey Stadium and the Chitungwiza Aquatic Complex were built in Harare, but today, they are in terrible conditions due to negligence.

Not long ago, the government committed to hosting the African Union Sports Council Region 5 U20 games. Expensive equipment was installed at White City Stadium in Bulawayo, but it has since vanished, and the relevant authorities remain non-committal on who could be responsible.

Former Sports and Recreation Commission spokesperson Tirivashe Nheweyembwa believes that sports can only be seen as a business in Zimbabwe if the right people are responsible for running affairs.

“I think as a country we have theoretically embraced this notion that sport is a multi-billion dollar business, but practically falling far short of what needs to be done.” Said Nheweyembwa. “This is as a result of a number of reasons, chief among them being that most of our sports leaders are not business literate and as a result the way we conduct business is not only archaic, but inconsistent with sports business.”

“We have not marched and stepped with the rest of the world in this area. We need to have sport literate leaders and not some talkative supporters to lead our sport. Transformation is a process and not an event, and sports leaders have to embrace change and not remain stuck in the past. There has to be some basic standards for anyone aspiring to occupy a position in sport; it can’t just be for anyone. All the challenges that we have in sport emanate from allowing people who are sport illiterate to run the show.” He remarked.

According to Nheweyembwa, Zimbabwe could be ailing from trusting the wrong people to govern sports. He has been in the government before, and he understands the challenges affecting sports in the country and the need to look at sports as a revenue-generating field. It seems a far-fetched dream, but the country will not have to wait for long before reaping the benefits if the right step can be taken now. If appointed administrators can learn from established structures’ blueprints, it will not be a long wait.