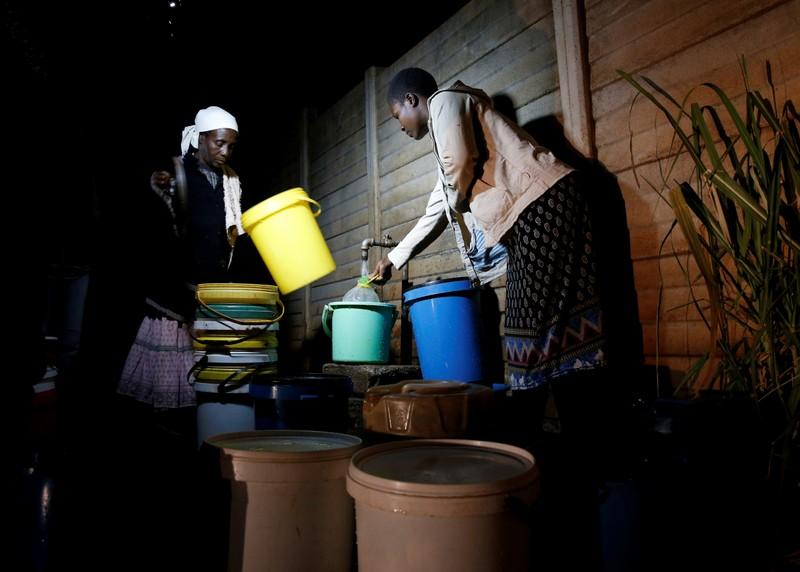 HARARE (Reuters) – Zimbabwe will ramp up its electricity imports over the next few weeks, potentially easing rolling power cuts, after it agreed to make payments to clear its debt to a regional power utility, a treasury official said on Monday.

The southern African nation has endured 18-hour daily power cuts since May as a result of a prolonged drought that has reduced output at its largest hydro plant and aging coal-fired generators that keep breaking down.

Foreign power companies also stopped supplying Zimbabwe with electricity in 2017 after the country failed to pay its bills, although Zimbabwe resumed limited imports of 300 MW a month last week.

George Guvamatanga, secretary for the ministry of finance, told business leaders in Harare that Zimbabwe had agreed to make weekly payments to clear its debt to a regional power utility, which would start providing at least 400 MW of electricity a month, starting from this week.

That would take total imports to 700 MW a month.

Guvamatanga did not name the supplier. Zimbabwe typically buys electricity from South Africa’s Eskom and Hydro Cahora Bassa of Mozambique.

Zimbabwe owes more than $70 million to Eskom and Hydro Cahora Bassa of Mozambique for past power supplies.

“I think the arrangement that we have put in place now on electricity should hopefully guarantee us increased supply from tomorrow or Wednesday,” Guvamatanga said.

“Working with the mining sector we have been able to ring-fence adequate resources to pay for at least 400 megawatts of electricity a month.”

Power shortages, along with drought and a severe dollar crunch, will result in the economy shrinking this year, the finance minister said last week.

Energy and Power Development Minister Fortune Chasi was in South Africa at the end of July to try negotiate for a power deal with Eskom. He did not immediately respond to calls and messages on his mobile phone on Monday.

Eskom, which is itself struggling to meet South Africa’s electricity needs, had no immediate comment.

Guvamatanga said for now Zimbabwe would have to rely on electricity imports, which required foreign currency that is in short supply.