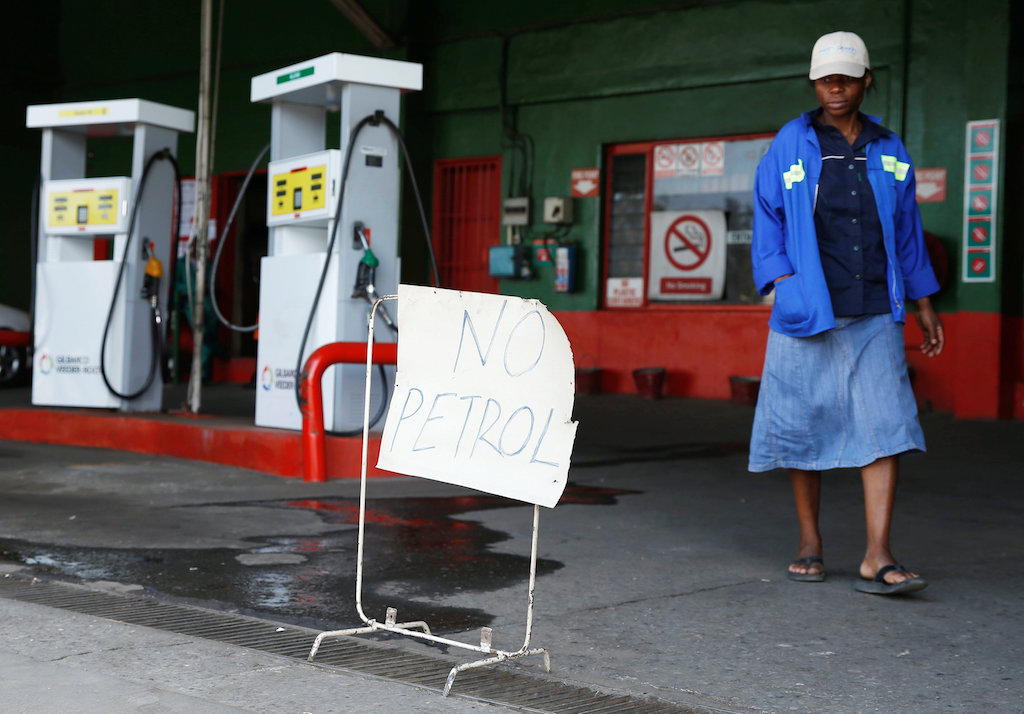 A woman walks past a “No Petrol” sign at a fuel station in Harare, Zimbabwe. Philimon Bulawayo

Peter Mutasa, president of the Zimbabwe Congress of Trade Unions (ZCTU) — the country’s largest trade union — was among those detained, along with activists in several other towns.

Mutasa had called for protests in Harare on Thursday despite a police ban on public gatherings due to a recent cholera outbreak.

There were no protests after a court upheld the ban in Harare, while a small crowd gathered at trade union offices in the second city Bulawayo.

Large numbers of armed police were on duty in both cities.

The ZCTU had planned national protests against sharp price hikes, a new tax on electronic transactions and daily shortages ranging from fuel to bread as Zimbabwe’s economy endures a fresh bout of chaos.

“I confirm the arrests of ZCTU president Mutasa and secretary general (Japhet) Moyo at their offices and scores of other unionists in Harare, Masvingo and Mutare,” Zimbabwe Lawyers for Human Rights spokesman Kumbirai Mafunda told AFP.

Scuffles erupted as police arrested the ZCTU leaders at the unions’ headquarters in Harare.

Before his arrest, a defiant Mutasa told journalists: “We are demonstrating peacefully against hardships. We are here to make the authorities know that Zimbabweans are suffering.”

The local “bond note” currency, which in theory has the same value as the US dollar, has been in freefall in recent weeks, raising fears of a return to the hyper-inflation that wrecked national finances in 2009.

President Emmerson Mnangagwa, who took power last year after Robert Mugabe was ousted by the military, has vowed to ensure essential daily goods are available.