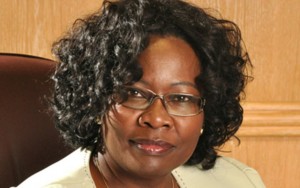 THE huge amounts of money held by Zimbabweans in foreign banks are a sign of the low confidence people have in the banking system, the Bankers Association of Zimbabwe president, Charity Jinya, has said.

Money held by Zimbabweans in banks outside the country currently stands at US$940 million. Statistics availed by Jinya show that the figures have been consistently rising since 2009.

As at end 2015, the stock of deposits held by Zimbabweans in the Bank for International Settlements (BIS)s reporting banks amounted to US$678 million.

The amount has grown from US$373 million in 2009 to current levels of around US$940 million.
“Maybe this is a sign of low confidence in the banking system,” Jinya said.

This year, the amount of deposits held by Zimbabweans in BIS reporting banks were at US$706 million in the first quarter, before going to US$940 million by the end of the half year.
South Africa is a preferred destination for locally-based Zimbabweans looking for a safe place to put their money.

Zimbabwe is currently suffering from severe shortages of foreign currency.
Some of the factors driving the foreign currency illiquidity include leakages due to illicit financial flows associated with illegal activity or more explicitly, money that is illegally earned and transferred.

They also originate from criminal activities including the drug trade, human trafficking and smuggling of minerals, bribery and corruption.

The country’s substantial trade deficit is also responsible for the low foreign currency reserves.
Export growth has not been sufficient to offset imports resulting in a $2 billion trade deficit in 2016. In 2017, imports are anticipated to decline further, narrowing the trade deficit.

Consumers are grappling with a multiple tier pricing system caused by the foreign currency shortages. Bank balances are not liquid and cannot easily be converted into cash and foreign currency. The priority imports list benefits few corporates. Businesses that have access to forex from the official market are pricing their goods at lower prices.