Zimbabwe’s Grand Heist: We are Being Robbed in Broad Daylight!

Source: Zimbabwe’s Grand Heist: We are Being Robbed in Broad Daylight! | zimbabwebriefing 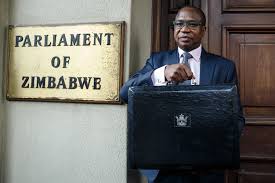 In a recent quarterly report of the country’s public finances, the Zimbabwe Revenue Authority (ZIMRA) openly bragged that revenue collection had gone up a whopping 41%.  One cardinal pillar of our constitutional republic is that, we the citizens, must be very vigilant when this kind of increases are thrown around and we must look further to grasp why, if Zimbabwe’s political economy is melting down as it is, then when did this haul of money come from. There are two sources of this increase. Firstly, it is the 2% percent IMMD tax introduced by new Treasury Chief and secondly, is the excise duty and the largest chunk of this will be from fuel imports. Meaning that while the revenue Tsar was rubbing hands in glee at the windfall; our newspapers did not even ask hard questions on why tax revenue is increasing, and economic activity is slowing down. While the Minister of Finance has been gallivanting around the world and given to writing opinion pieces to solicit ‘patience in suffering’ the International Monetary Fund (IMF) World Outlook 2019 recently projected that Zimbabwe’s economic activity will shrink at the rate of -5.7%  in 2019 and slow down to a 3.3% growth in 2020.  The IMF figures, more believable than the projections from the national treasury, have blown a wide-hole into the mythical projections stated in the budget which had a projection of 3.2% growth in 2019 and 4 % in 2020.

In other countries, with functional economies, the biggest source of public revenue is income tax because people are employed and secondly, corporate taxes because companies are producing, expanding and doing so profitably. This is opposite in Zimbabwe, the biggest source of government revenue is an extractive transaction fee and more taxes on fuel imports and this is already in a comatose economy. In one simple word it means the increase in revenue has no relationship at all to the production factor in the economy. This means that the economy is not growing at all but that the citizens continue to squeezed more and more. This is the proverbial farmer who continues milking the cow, blood and all, and bragging to the neighbours that his cow is more productive, forgetting that the poor calving cow needs to be fed for the milk to continue. But there is something we Zimbabweans have been paying less attention to and it is the outrageous rate at which the political class has been engaged in a wholesale looting of public resources and this has been accelerated under the rule of this so-called ‘new’ dispensation by the military-nationalists. So, citizens need to open up yes and sober up a bit more to scrutinise the various schemes and shenanigans by the political class and how they are busy pick-pocketing the national treasury non-stop. What has become apparent as we celebrate 39 years of independence is that the looting continues.

The Minister of Finance, Mthuli Ncube, admitted in the pre-budget paper called the ‘Transitional Stabilisation Plan’ (TSP) and the budget statement termed ‘Austerity for Prosperity’ that Zimbabwe’s public debt has been ballooning and estimates are that Zimbabweans owe close to US$20billion. As far back as 2017 the IMF was warning, in June 2019, that:

Zimbabwe is in debt distress, and its total public and external debt is unsustainable. With longstanding external arrears, foreign financing has been scarce, and large fiscal deficits are lately being financed through domestic borrowing. Domestic debt, which was negligible five years ago, has increased sharply to 25% of GDP and is on an unsustainable trajectory.

With no restrain, nothing to show for it and definitely no accountability to the citizens our political class has been borrowing internally and externally at an ever expanding rate. Internally local banks and other financial institutions and private companies now hold ‘I owe you’ promissory notes from the government and there is no end in sight. Tendai Biti, former Minister of Finance, disclosed that when the Government of National Unity (GNU) ended the central bank had in excess of US$6billion and yet in 2019 has boasted that they left US$4billion at the treasury and this has all disappeared – in other countries the Parliamentary Budget Office (PDO) usually plays a powerful check on the executive government’s unrestrained penchant to put fingers into the cookie jar but in Zimbabwe the PDO is a toothless bulldog. This has been because Zimbabwe’s political class has deliberately weakened, almost to irrelevance, any institution meant to bring in some accountability. The Permanent Secretary of the Ministry of Finance, George Guvamatanga, admitted that they only have one Chartered Accountant and that the national treasury has not been meeting statutory requirements of reports. In simple he meant that the ministry has been and continues to appropriate and spent public resources extra-legally.  But this is not a mistake. The government will hire thousands of green bomber militias but will not hire qualified accountants for the national treasury so that they can continue playing hide and seek with constitutional obligations.

The political class has been in flagrant non-compliance of the public finance management statutes established to increase transparency, accountability and scrutiny. While the President is routinely preaching about ‘new dispensation’ the political class has thrown out Section 299 (i) of the Constitution which empowers Parliament to oversee all government expenditure. Further to these extra-legal ways of robbing the national treasury the political class has fanned across public institutions like universities, public enterprises and even other statutory bodies like Zimbabwe Football Association (ZIFA), and so on. Once in charge of these institutions they engage in large scale borrowing of criminal proportions and the loot is shared through financial service institutions, loan origination fees and unexplained shocking over drafts at banks that keep giving without any due diligence.

One of the intricate way in which Zimbabwe’s political elites have taken advantage of the tax payer is through the way in which public enterprises rake up all manner of debt and then they go through ‘re-structuring’ and their debts are ‘assumed’ by the government. Whenever we hear that the government is assuming a debt there is a mystification as if there is this ‘figure’ called government yet all it means is that the political elites have loaded another debt to the citizen.  And the list is long. Air Zimbabwe, that ‘national’ airline which at one point counted former President Robert Mugabe’s son in law as Chief Operating Officer, raked in a copious and this was send straight to the national treasury, the count of that debt, according to the Minister for Transport, was USS138million. And then there was the Zimbabwe Steel and Iron Company (ZISCO) debt of a whopping US$500m that was, by a stroke of a pen, loaded to the tax payer. In May of 2018 the President assented to the ZISCO Debt Assumption Bill and it became law that the tax payer must pay back US$495million of debt. There folks that is half a billion of US$ added and constitutes almost in excess of 10% of the 2018-2019 entire budget. Then, the Managing Director of Telone, Chipo Mutasa, recently disclosed that negotiations are under way for the tax payer to be loaded with another US$383million debt and this will happen just before the joint is privatised meaning that private entities will take over an entity whose liabilities have been pushed into the public purse.

As if this is not enough the central government has also been ‘facilitating’ dubious debts to urban councils and one here is the Chinese loan of almost US$144 that was taken by the Harare City Council (HCC). President Emerson Mnagangwa, now turned whistle blower, had to disclose that even that too was pilfered. If this is not outright robbery of the national purse no other case will suffice.

Here we do not have to go far to see evidence of how the state is being plundered. One just has to go to a national event, let us say the independence celebration to witness the pornographic display of imported suits, imported cars and imported hair that adorns the political class. All this is as a matter of cause at the expense of the tax payer and if that is not enough more taxes on transactions. The kind of imported vehicles that they drive are enough to fund the construction of several hospitals.

Secondly, the IMF and a Presidential Advisor admitted that over 55% of the so called civil servants pay bill is not for pays but for allowances for senior civil servants. The question is who are these senior civil servants? This is the same group of people who have been allocated land for free, given free inputs and are said to be the corner of command agriculture.

The Revolution is Coming, Yesterday.

When those linked to the political elites are seen driving imported Bugatti Veyrons, Lamborghinis, Maserati’s and of late going on social media to display how ‘US$1million cash looks like’ we as citizens must know one thing. We are being robbed and we are being robbed. When the streets of urban Zimbabwe erupted after the petrol price increase the political class called it ‘sabotage’, a ‘sponsored regime change agenda’ and brutalised everyone in the path including the arrest of several opposition MPs. And the courts have been very busy, with a record conviction of over 300 protesters within a month, without access to legal representation and a fair trial. Yet, this has not arrested the continued meltdown of Zimbabwe’s economic indicators. All socio-economic-politico indicators point to a gloomy road ahead as the IMF recently projected a negative growth. However, the most tell-tale signs of the disaster ahead lies in the President’s ill-advised approach: that they will build bakeries, condemning businesses and one of his ministers clamouring for the return of price controls. They are busy looking for scapegoats, yet it is their own shadows and brazen looting of the state that is a problem. On the other hand, the take home income for workers continues to drop drastically. This is a perfect storm forming and at that rate at which the political economy is melting down and the political class is believing its own theories and sanctions mantra the tragic events of January are just a preliminary warning shot of things to come.

I dare say it here, if Zimbabweans paid a moment’s attention to the level of money that is being hauled out of the national treasury there will be a revolution not today, but yesterday. Maybe, then true independence may come and Zimbabweans live happily after.

Tinashe L. Chimedza is a Co-Editor of The Gravitas