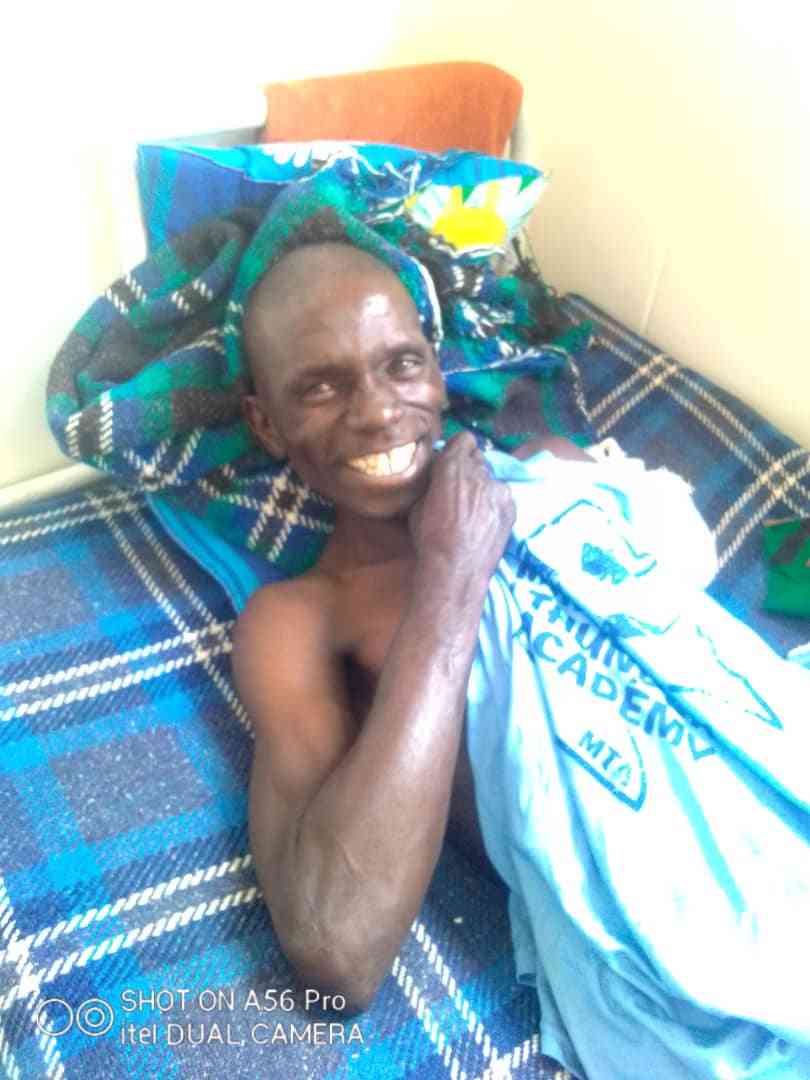 Windas Sianene is grateful that he miraculously survived a crocodile attack soon after escaping from being trampled by elephants, but he says life has become a nightmare for him and his children.

Sianene (43) from Binga had his left leg and arm bitten off by a crocodile in the morning of September 28 after he jumped into Mlibizi River while fleeing from five elephants that had approached him as he was fishing with friends.

His right leg was also badly injured by the crocodile attack.

The father-of-three was attacked by the crocodile as he tried to swim to safety and survived the epic battle with the reptile by jumping on its back and shoving his arm down its throat to make it gag until he was rescued.

Sianene was taken to Mpilo Hospital in Bulawayo – about 436 kilometres from his home in Binga – where both his legs and left arm were amputated, but his nightmare did not end there.

His wounds did not heal until relatives took him to Zambia where he was amputated on both legs again because the doctors said the initial procedure at Mpilo Hospital was botched.

The unemployed widower has been relying on relatives and well-wishers to cover medical costs and for the upkeep of his family.

“I have not been helped by anyone from the government,” he said.

“They tried to contact me soon after the incident, but I have not heard anything from them since then.

“It’s only well-wishers that have been assisting me (with food and medical fees).”

Sianene’s plight will resonate with hundreds of victims of wildlife conflict across Zimbabwe who are left to struggle on their own to access medical care or any form of compensation because of the absence of an appropriate framework.

Cases of human wildlife conflict have been on the increase with research by the Zimbabwe Environmental Lawyers Association indicating that attacks by wild animals rose by a staggering 293% between 2016 and last year.

The Zimbabwe Parks and Wildlife Management Authority (Zimparks) said more than 60 people were killed by wild animals between January and May this year, which was equivalent to the number of people killed in the whole of 2020.

Last year, 72 lives were lost due to human wildlife conflicts that are blamed on unsustainable population growth of animals such as elephants and encroachment of human settlements into wildlife habitat.

Communities in wildlife corridors also regularly lose their crops and livestock as competition for water and food between wild animals and humans intensifies.

The government recently said it was setting up a human wildlife conflict compensation fund to cushion victims through medical assistance and where death occurs, funeral assistance will be provided.

It is based on a self-financing model where proceeds from hunting and other crowd funding activities would be pooled for the relief effort, but conservationists and activists are not convinced that it will go far enough in addressing the plight of victims of human wildlife conflict such as Sianene.

Blessing Matasva, co-founder of the Green Institute Trust that has been monitoring human wildlife conflicts in Manicaland province, said it was not clear how the proposed fund will assist victims and resolve the deadly conflicts.

“We have our reservations in terms of how the fund is going to operate since the government has highlighted that it is a self-funding mechanism,” Matasva said.

“We are worried that there won’t be enough money flowing to the fund.

“Issues of regulatory frameworks protecting the funds need to be addressed because there is an issue of the limit to say who is going to get compensated.”

Given Moyo, a councillor in one of the wards in Hwange district that bears the brunt of the human wild conflicts, said there was need to overhaul a number of laws to protect communities.

“We have been advocating for communities to benefit from their natural resources, including elephants that are being sold to Asian countries,” Moyo said.

“Elephants also destroy crops and we have been lobbying that they be culled so that the meat is given to starving people in the communities, but our pleas have been ignored.

“We are worried about the recently announced compensation scheme because it does not address the real issues that communities are facing.

“We want the compensation fund to be backed by a law so that victims and communities can hold those in power to account when they don’t deliver.

He added: “We cannot celebrate a fund that is not complete when people’s crops are being destroyed year after year and lives are lost due to mismanagement of natural resources.”

Mutasva said the funds should promote human wildlife conflict prevention measures such as fencing of game reserves, introduction of community benefit schemes and provision of water.

“They are only talking about three compensatory measures that are for death, injury and maiming,” he added.

“It should also address loss of crops because there has been a lot of damage there and they must help the survivors because in some instances it is breadwinners who become victims of human wildlife conflicts.

“They should also consider psychological support for victims because most of these families are left to mourn on their own.

“Above all, we need a law that regulates these funds because without that the money is bound to be misused.”

Jephat Muzamba, a traditional leader in Binga, said the compensation scheme must go beyond covering medical and funeral expenses as communities were losing their livelihoods to human wildlife conflicts.

“The fund should help protect people from the wild animals because in my area many people have been killed together with their livestock,” Muzamba said.

“In some instances, some people have been left nursing permanent injuries and for the government to say they will only cater for a funeral is not enough as the victims need to be looked after.”

The Botswana government pays transport and medical costs for victims of attacks by wild animals.

In the event of death, the victim’s family is given money to cover funeral costs and loss of income.

The government also pays compensation for loss of livestock, which is 35% of the killed domestic animals and where crops are destroyed, the farmers receive a payout to repair the damaged fences and buy seed.