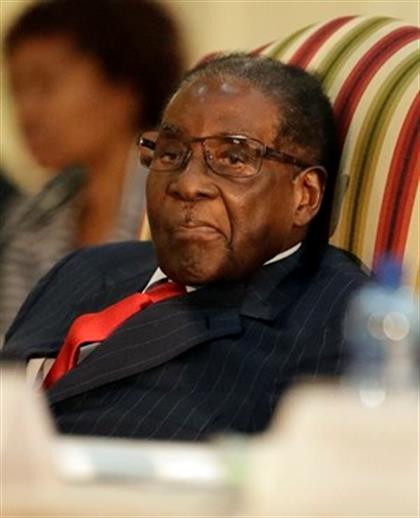 Zimbabwe’s former president Robert Mugabe, who had vowed not to vote for his old party in elections in July, has said he accepted the outcome of the disputed poll.

Mugabe said on the eve of the ballot he hoped his successor Emmerson Mnangagwa and the ruling Zanu-PF party would be voted out of power, complaining they had “tormented” him when he was removed from power following a military intervention last year.

He hinted that he would vote for the opposition Movement for Democratic Change (MDC) after the military and his once-loyal Zanu-PF lawmakers turned against him and forced him from office, ending his 37 years in power in just days.

Mnangagwa won the election taking 50.8% of the vote – just enough to avoid a run-off against the MDC’s Nelson Chamisa, who scored 44.3%.

Chamisa challenged the result in court and lost.

But speaking on Thursday at a wake following the funeral of his mother-in-law in Harare, Mugabe said Mnangagwa was the rightful president.

“Mnangagwa is the winner. Things have been righted. We can’t deny it,” he said.

It was his first public comment since the election.

The 94-year-old spoke slowly and calmly spoke telling mourners “the past is gone, now it’s time to unite and dialogue to build our nation”.

In a speech lasting about 40 minutes, Mugabe urged that the opposition “be allowed to peacefully” protest against the vote outcome.

The country’s top court dismissed the opposition bid to have the results annulled on grounds they were rigged.

But Chamisa has rejected that ruling and vowed to lead “peaceful protests”.

Mugabe had not been seen in public since the election and even missed the inauguration of Mnangagwa on August 26, sending an apology that he was away in Singapore for medical treatment.