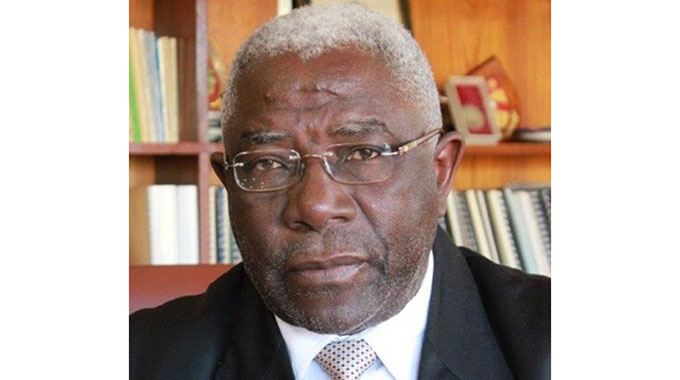 Tendai Rupapa Senior Court Reporter
A Harare magistrate yesterday threw out an application by suspended University of Zimbabwe (UZ) Vice Chancellor Levi Nyagura for referral of his matter to the Constitutional Court (Concourt), saying it was frivolous and vexatious.

Through his lawyer Advocate Lewis Uriri, Nyagura made an application for referral of the matter to the Concourt citing infringement of constitutional rights to a fair trial.

In his application, Adv Uriri argued that Messrs Tapiwa Godzi and Michael Chakandida from the President’s Special Anti-Corruption Unit, who are representing the State, had no authority to prosecute.

He said the Acting Prosecutor-General, by granting the pair authority to prosecute when they are not employees of the National Prosecuting Authority (NPA), was in breach of Nyagura’s right to the equal protection and benefit of the law, as well as right to a fair trial.

Adv Uriri made reference to Section 259 (10) of the Constitution, saying people who can assist the PG are employed by a board provided by an Act of Parliament.

In response, Mr Godzi argued that Section 5 of the Criminal Procedure and Evidence Act gives the PG powers acting independently to issue authority to prosecute to a certain category of people that included any legal practitioner.

“Section 5 (2) of the Criminal Procedure and Evidence Act gives the PG powers to issue authority to prosecute on his behalf to any legal practitioner and the two are legal practitioners and are qualified to be issued with such authority.

“The unit (President’s Special Anti-Corruption Unit) might be housed in the President’s Office, how does it infringe upon accused’s rights to a fair trial?”

Mr Ncube said the appointment of Messrs Godzi and Chakandida was within the confines of the law.

“There are no merits to refer the matter to Concourt, there are no grounds,” he said. “The application is vexatious.”

Mr Ncube directed that the matter proceeds to trial, but Adv Uriri made another application to approach the Concourt directly in terms of section 85(1) of the Constitution.

The prosecution is expected to respond to the application today.