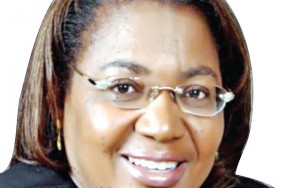 THE Zimbabwe Revenue Authority (ZIMRA) board has identified its next substantive commissioner general to replace Gershem Pasi, who resigned from the tax collecting agency this year.

ZIMRA board chairperson, Willia Bonyongwe, told The Financial Gazette last week that they have since made submissions of their “preferred candidate “to the Ministry of Finance and Economic Development.

Happious Kuzvinzwa is currently the acting ZIMRA commissioner general.
She, however, declined to reveal the identity of the new ZIMRA boss.
She also refused to shed light on how many people were interviewed.

“We have conducted interviews for the position of commissioner general and have since made a submission of our preferred candidate to the Ministry (of Finance and Economic Development, and I am sure we will announce the name soon,” Bonyongwe told The Financial Gazette on the sidelines of the new President of Zimbabwe, Emmerson Mnangagwa’s swearing-in ceremony held at the National Sports Stadium in Harare last Friday.

Pasi was suspended last year to allow for investigations into corruption, fraud, poor corporate governance and tax evasion allegations, which the ZIMRA board said had prejudiced Treasury of more than US$20 million between 2009 and last year.

Pasi decided to resign just before being brought before a disciplinary hearing after indicating that he could not subject himself to a disciplinary process initiated by board chair, Bonyongwe. His resignation effectively collapsed the case.

He had been charged in terms of the ZIMRA Code of Conduct, facing up to 40 counts of misconduct.
Pasi had pleaded not guilty to all of the charges.

The probe against Pasi came after a whistle-blower reported irregularities in the importation of executive cars, which saw Pasi and several ZIMRA executives being sent on forced leave.
Pasi, however, maintained that he had committed no misconduct during his more than 15-year tenure at ZIMRA and insisted that his “employer has without just or lawful cause preferred unfounded charges against me”.

He said the charges were “hollow, being based as they are upon an incompetent audit report by auditors, who abdicated their most basic functions and responsibilities”.

Pasi had been accused of signing a US$14 million contract with a company called AVIC International for the supply of uniforms and tollgate equipment without following tender procedures.

He was also charged with allocating himself excessive vehicle allowances amounting to US$374 451 between 2014 and May 2016 without approval from the board and allocating himself excessive holiday allowances and taking US$205 000 from the authority during the same period. He was also alleged to have authorised his daughter to use ZIMRA’s vehicle and approving salary increments without the board’s approval.