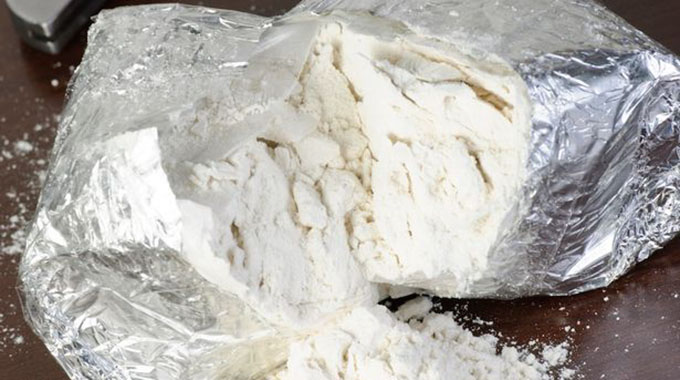 This comes as the tax collector, together with State security agents, is currently under fire for not fully policing borders and airports to stem smuggling.

But in its annual report distributed during Zimra’s annual general meeting held on July 5, the institution says its Canine Unit extended coverage in all major ports of entry including international airports to nine from seven in 2016.

The seizure comes at a time when Zimbabwe has become a destination for of dangerous drugs mainly from South America, Asia and other parts of Europe.

Many people particularly in high density suburbs have become drug addicts due to their proliferation.

Apart from the usual suitcases, it is understood that some tankers are now facilitating drug smuggling into Zimbabwe, a revelation that requires security agents and the Zimra patrol team to be always alert.

Courts are currently flooded by cases of individuals arrested for possessing drugs.

In July last year, a 32-year-old drug mule, Beauty Mutashu was jailed eight years for attempting to smuggle 3,8kgs of cocaine worth $304 000 in her luggage.

Mutashu was travelling from Brazil.

The cocaine was concealed in 11 shirts in her luggage.

In June last year, James Francis Joscelyne believed to be an ex-British soldier and the grandmaster of a syndicate manufacturing, distributing and smuggling cocaine and other illicit drugs, was arrested.