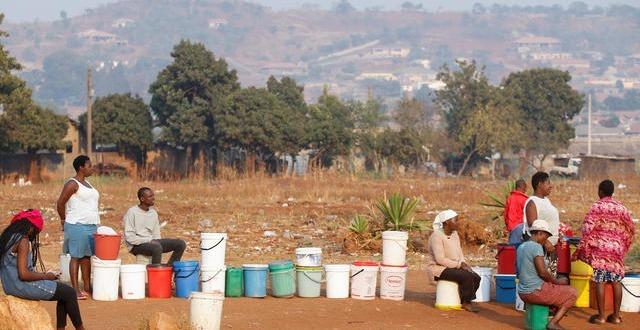 THE Zimbabwe National Water Authority (Zinwa) has indicated that it will start providing borehole water drawn from Epping Forest to Bulawayo residents this month.

This was after the Bulawayo Water Action (BUWA) last week launched a countdown campaign to push Zinwa to fulfil its pledge to deliver borehole water from Epping Forest.
On Monday, Zinwa announced that they were drilling the last 10 boreholes under the project.

Bulawayo has been facing perennial water shortages with some suburbs going for more than five months without water.

“BUWA is aware that taping of underground water can be one of the most feasible options that can be taken advantage of to augment the city’s supply dams. BUWA appeals to the authorities responsible for water provision to get outside the box and accept the realities of climate change that demand a change of water supply strategies,” he said.

In a statement, Zinwa spokesperson Marjorie Munyonga said in August, Treasury availed $205 million to help improve the water situation in Bulawayo with part of the funds earmarked for the emergency drilling, rehabilitation and equipping of boreholes at Epping Forest.

“Following the release of the funds, the Zinwa, being the project’s implementing entity and government’s water resources management lead agency, immediately commenced work and stakeholders may recall that the authority pledged to have the emergency works fully implemented and pumping to Bulawayo started by October 31,” she said.