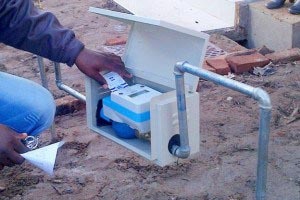 The Zimbabwe National Water Authority (Zinwa) is considering rolling out prepaid water meters in Karoi, which has experienced over 12 years of water shortages in some of its suburbs.

Residents yesterday told NewsDay that they had resorted to fetching water from unprotected sources.

‘‘We are now used to getting water from open sources. We pay for drinking water to people that have it in their suburbs,” Madimu said.

Richard Makaza, the former Hurungwe Rural District councillor for Tengwe ward 3, said most residents felt short-changed by Zinwa due to its failure to provide water.

“We have not been enjoying our right to access to clean, potable water,” Makaza said.

Karoi has been facing water challenges due to recurrent power cuts, with some of the affected areas being Chikangwe, Westview and Chiedza.

Zinwa Karoi spokesperson Cosmo Tigere recently facilitated a stakeholders meeting where he indicated that they would be introducing prepaid meters in the farming town.

“As Zinwa, we are ready for the pre-paid meter rollout that will be covering all our clients in Karoi town by the end of the year. We had a test run for seven clients and it proved effective. This is an ongoing national programme and Karoi will not be left behind.

‘‘There is need to move from post-paid to prepaid water as the local trial that was run for seven consumers in Karoi proved to be workable. The tokens will be available for purchase at Zinwa in the same manner that electricity is purchased. The price of water will not be affected as it will remain the same,” Tigere said, adding that the water meters would be installed free of charge.

Karoi Residents Trust director Travo Chiwanga said although the prepaid meter regime was a welcome development, there were fears that water access would remain a challenge as a result of the rolling power outages.

‘‘There must be a dedicated electricity power line for Zinwa to pump water,’’ Chiwanga said.

Currently, domestic water consumption from one to 10 cubic litres is pegged at $38 and 11-20 cubic litres costs $66, according to Zinwa.

Chiwanga said the prepaid meter regime would curb suspected abuse of funds by council officials, as well as water disconnections.

‘‘All houses are expected to have these meters by the end of next year. The rollout programme will begin this year,’’ Ziweya said, adding that residents should desist from vandalising water infrastructure.

Zinwa embarked on a national trial run for prepaid meters, where 500 of them were installed in Mvurwi and 350 in Chivhu. They were found to be cost effective.