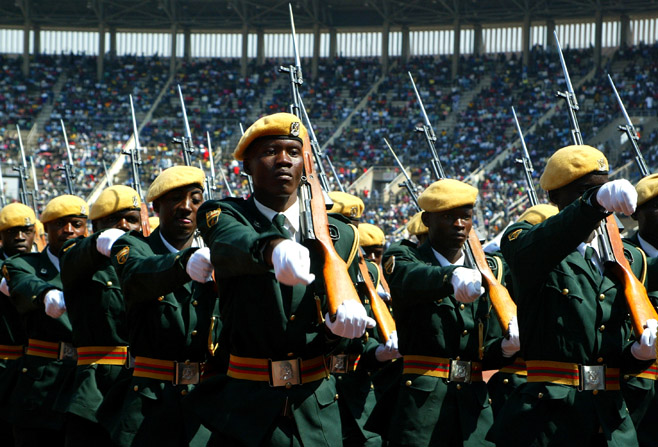 HARARE – The Zimbabwe National Army (ZNA) has said Elliot Piki – who was
allegedly abducted from his home last Sunday afternoon and suddenly
pitched up at the official probe looking into the August 1 killings on
Tuesday – was not a retired army colonel but a senior officer
dishonourably discharged from the army for having an affair with his
wife’s subordinate.

His lawyers had said that Piki had escaped from his kidnappers in
Rushinga, in Mashonaland Central, before he came back to Harare.

But the spokesperson for the commission, John Masuku, maintained that Piki
was not listed to testify before it.

He said efforts to drag the army’s name into the whole saga was a
desperate bid to tarnish the image of the ZNA.

“We are disturbed by false allegations peddled in some sections of the
private media insinuating ..Piki, a former member of the ZNA, was abducted
by masked armed men suspected to be State security agents using a vehicle
similar to those allocated for use by senior ZNA officers.

“While it is true that Elliot Piki once served in the Zimbabwe National
Army as a senior officer, he is not a retired colonel. He became an
ordinary citizen after losing his commission when he was tried, convicted
and cashiered by a General Court Martial for scandalous conduct of an
officer on August 8, 2013.