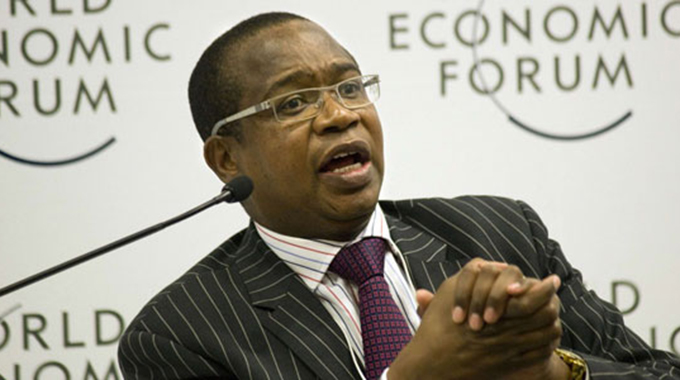 Bulawayo Bureau
GOVERNMENT has secured a loan facility from Afreximbank to guarantee the 1:1 convertibility value of Real Time Gross Settlement (RTGS) balances into the United States dollar and availability of the greenback for Nostro foreign currency accounts.

This was said by Finance and Economic Development Minister Professor Mthuli Ncube yesterday.

The decision follows widespread fears over loss of value for RTGS or electronic balances in banks, on the back of spiralling parallel market exchange rates which have spiked inflation, which is now hovering above four percent.

The situation has been compounded by unjustified price increases which have seen some retailers increasing prices by over 50 percent even though producers have not increased the prices.

“Government recognises concerns surrounding RTGS deposits and we commit to preserve the value of these balances on the current rate of exchange of 1 to 1, in order to protect people’s savings,” said Prof Ncube.

He later posted on his Twitter handle: “Today in Bali, Indonesia at the IMF/World Bank Meetings, I had fruitful discussions with the President of Afreximbank Dr Oramah. Afreximbank has offered Zimbabwe a facility to guarantee 1:1 convertibility of RTGS balances into US$ and availability of US$ for Nostro Foreign Currency Accounts (FCA).”

Prof Ncube could not disclose the value of the back-up facility. Over and above the Nostro deposit protection guarantee from Afreximbank, Prof Ncube said Treasury was also reinforcing Nostro FCA accounts with a statutory instrument to guarantee that they are private deposits.

This will ensure that “neither the Reserve Bank nor Government has any access to them,” he said.

Despite admitting earlier that market forces were resisting the parity value of RTGS to the US$, Prof Ncube said measures were being implemented to accelerate economic reforms that were necessary to right sizing the economy.

Official statistics indicate that RTGS deposits had risen to about $9 billion. Prof Ncube said Government was committed to reducing fiscal imbalances, which are the root cause of the many challenges the economy is facing.

He acknowledged the problem of cash shortages and the challenge of foreign exchange parallel market rates, which have a negative effect on prices and subsequent inflationary pressures.

Prof Ncube said these challenges could only be addressed by positioning the economy on a strong footing through implementing reforms that include cutting on Government expenditure, working towards import parity pricing system, increasing efficiency on Government delivery systems and fast-tracking the State Owned Enterprises reforms, among a host of reforms.

“These reforms shall be accompanied by a strong and sustainable currency reform system, which will follow after the execution of the above reforms,” he said. “This is necessary to ensure that any currency reform programme that the Government would put in place is effective and that it has minimum disruption to business.”

Prof Ncube said in view of the need for an orderly currency reform programme that will be followed when the economic fundamentals are right to do, the country will continue to use the multi-currency system that was adopted in 2009.

Prof Ncube said in the meantime, the Reserve Bank of Zimbabwe would continue to maintain adequate resources for the import of essential commodities.