After 20 years of failure, hope finally emerges in Zimbabwe 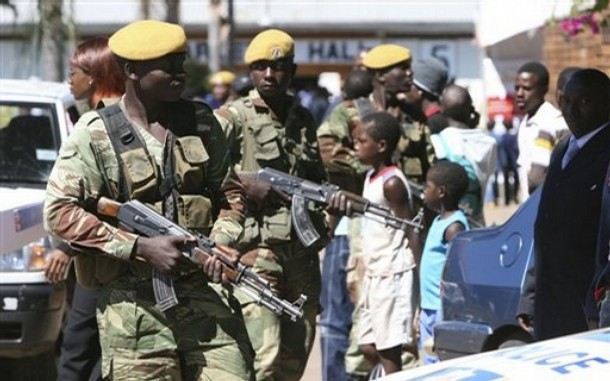 Nearly two decades after the European Union imposed sanctions on Zimbabwe, a thaw in relations is palpable, following praise by the EU ambassador and head of the EU-Zimbabwe Delegation Timo Olkkonen.

“The government of Zimbabwe has been clear that significant political economic reforms are necessary for the benefit of its people,” Olkkonen said, adding that the “EU is there to Support Zimbabwe move ahead with its reform agenda. In this we want to be a constructive, Credible and transparent partner.”

The first formal dialogue in 17 years focussed on issues ranging from investment and the rule of law to democracy and good governance. This long-overdue discussion is an important first step that may eventually lead to the resumption of financial aid for Zimbabwe’s ailing economy.

Relations between Zimbabwe and the EU were frosty throughout most of Robert Mugabe’s 37-year reign, which was marred by corruption, economic mismanagement and human rights abuses.

President Emmerson Mnangagwa has vowed to transform the country, implement reforms and open the country for business, in order to woo foreign – and increasingly, western – investors. It is a noble undertaking, but western leaders are keen to see concrete results quickly, a difficult task following nearly four decades of Mugabe misrule, which ruined the country.

Nevertheless, progress is beginning to show. Olkkonen noted that “we have seen positive steps” and “that there is a staff-monitored programme by the IMF that attempts to reform the economy.” Under the terms of the monitoring programme by the International Monetary Fund, the government has committed to political and economic reforms.

A key challenge is the reduction of government expenditure – effectively, stop printing money – to underpin the new RTGS currency and boost the economy. Fiscal discipline would lead to debt forgiveness and future financing. With government finances in shambles in the wake of Mugabe’s mismanagement, Zimbabwe’s Finance Minister Mthuli Ncube managed to achieve a budget surplus in just six months. The latest report of public accounts shows a surplus of nearly half a billion RTGS dollars in the first quarter of this year. The IMF appeared pleased, stating recently that “significant economic reforms were underway” in Zimbabwe.

Among other reforms is the Freedom of Information bill, a new legislation that will meet international free media standards. The Minister for Information, Publicity and Broadcasting Services, Monica Mutsvangwa, said the government is committed to opening up the airwaves and promoting the freedom of expression and dissemination of diverse views in Zimbabwe.

The government is also revising the Public Order and Security Act, a controversial emergency law that dates back to the Mugabe era, and it has initiated the process of compensating white commercial farmers who lost their land during Mugabe’s Land Reform Programme. All these reforms take time, but they are necessary for the EU and U.S. to lift long-standing sanctions.

To push through these reforms, the Mnangagwa government has taken significant steps towards unity and reconciliation, reaching out not only to the opposition with the so-called Political Actors Dialogue initiative, but also to labour and businesses with the Tripartite Negotiating Forum, aimed at shaping policy and binding legal agreements on social issues that affect production and labour.

Mnangagwa also directly addressed the opposition leader of the MDC Alliance, Nelson Chamisa, tweeting post-election that his “door is open”. However, Chamisa has refused any collaboration so far and instead called for continued protests. The EU, meanwhile, supports the dialogue platform, maintaining it must be made on equal footing and discussions must be frank through a free exchange of views.

“Different positions must be permissible within our country,” Mnangagwa said. “However,these must never divide us or result in conflict. Violence must never be used as a tool to gain temporary advantage at the expense of the people we must serve and protect.”

Slowly but surely, Mnangagwa’s actions are bearing fruit. Leaders across Africa have called for the removal of sanctions, which would dramatically ease Zimbabwe’s economic burden. And even U.S. ambassador Brian Nichols sounded positive in a recent radio interview, talking about “a solid plan moving forward, no doubt about it”, while acknowledging the challenges: “It’s going to be difficult to move through this year, I cannot sugar-coat that,” he said. “But what I will say is that this is a government that’s dealing with two decades of failed policies and you can’t fix that overnight. People have to keep that in perspective.”