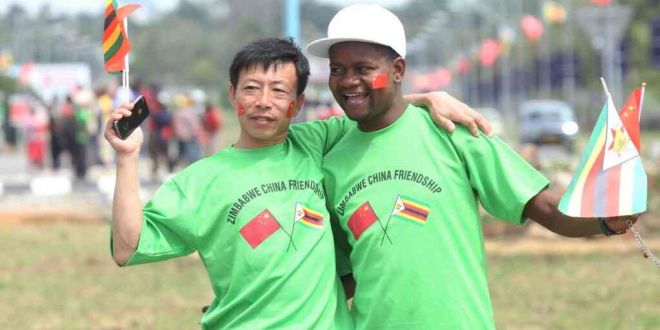 I WAS left shell-shocked after watching the ZTV 8pm news bulletin on June 26 when President Emmerson Mnangagwa literally gave the Chinese the right to shoot us because Zimbabweans are also committing similar crimes in other countries such as South Africa, the United States and the United Kingdom.

By Tatenda Masawi, Our Reader

He said no country has angels, the Chinese included, so why should we be worried that this one guy shot an employee. Surely this does not reflect on the Chinese as a country.

Mr President, how many times have the people cried about physical abuse at the hands of the Chinese yet you have turned a blind eye?

Now that there was video evidence, it took the President to come out and say there will be fair justice for the perpetrator of the crime. Suddenly, everyone in government has forgotten that there actually is a victim of this crime.

The President and officials at the Chinese embassy are worried about the delivery of fair justice to the trigger-happy Chinese national, but who will stand by the Zimbabwean who was shot?

Just a few weeks ago, Defence deputy minister Victor Matemadanda and crew wanted to march at the US embassy in Westgate under the #JusticeforGeorgeFloyd movement.

There were even suggestions to rename Flame Lily Drive to George Floyd Drive at that time when Matemadanda and crew were showing anger for the killing of George by the US police.

Fast forward to June 26, a whole President tells his nation “we are not angels, there will be fair justice for the Chinese”.

The verdict is already out before trial!