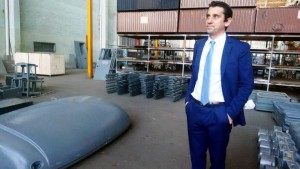 MUTARE ― The country’s struggling motor industry is hoping that President Emmerson Mnangagwa’s government, which took over from former president Robert Mugabe’s regime after military intervention, will transform the ailing sector.

Industry players are banking on Mnangagwa’s keen interest on the sector during his tenure as president.
Early this year, Mnangagwa, who was then vice president, declared that government had capacity to “transform the motor industry overnight” by ordering its departments and parastatals to procure vehicles locally.

He made the remarks when he toured the Quest Motor Manufacturing plant following appeals from the sector for government support.

Mnangagwa had said it was high time Zimbabwe adopted a motor industry development policy that supports local vehicle manufacturers and save billions of dollars in imports.
There are four vehicle assembling plants in Zimbabwe, Quest, Willowvale Motor Industries, Deven Engineering and AVM Africa.

Quest director Tarik Adams said they had confidence in the new leadership and that it would rescue the industry.

“We are very confident that the new leadership is going to deliver,” said Adams.
“We know from past experience what the industry can do in terms of employment creation and the President is creating confidence in what he has been saying,” said Adams.

He added that the motor sector would engage the relevant ministries to resuscitate the sector.
“We plan to engage with the relevant ministries as soon as possible to assist in the finalisation of the Zimbabwe Motor Industry Development Policy which we feel will be a positive step towards getting the industry thriving again,” Adams said.

Confederation of Zimbabwe Industries national vice president Richard Chiwandire was also upbeat, saying industry players were confident that Mnangagwa would deliver on his undertaking now that he holds the highest office in the country. He implored government to enforce existing statutes that support local vehicle assemblers.

A presidential directive published in the Government Gazette in 2002 compels ministries and other public institutions (including parastatals) to procure vehicles from local assembly plants.
It further states that tender specifications shall be aligned to those vehicle models available from the domestic automotive assembly plants. However, this directive has been disregarded. Further reinforcement of the policy was issued with Cabinet Circular No 16 of 2011. This has also been ignored.
“We expect government to honour its (existing) policy on local procurement pertaining to vehicles. The policy stipulates 70 percent of all government vehicles should be locally procured. So I think with the new dispensation and that the President himself made those (promises) is a plus,” Chiwandire said.
He noted that vehicle imports were leading to loss of a huge amount of foreign currency.

“If our industry gets the support that is already government policy, which has to be policed strictly, there is no reason why we cannot grow and create a very vibrant sector of the economy,” Adam said.
He said there had been a shift in government policy that reduced import duties for completely built units (CBU), which “opened the floodgates for both new and used CBU imports at the expense of the local automotive industry and component manufacturers”.

This had been exacerbated by heavy government subsidies for exports given to automobile manufacturers in South Africa.

Secondhand vehicle imports had also militated against the industry.
“The second hand cars put a further stain on foreign currency reserves, increased fuel imports, added burden on infrastructure which is not designed to carry this number of vehicles, environmental damage by pollution and absolutely no industry beneficiation.