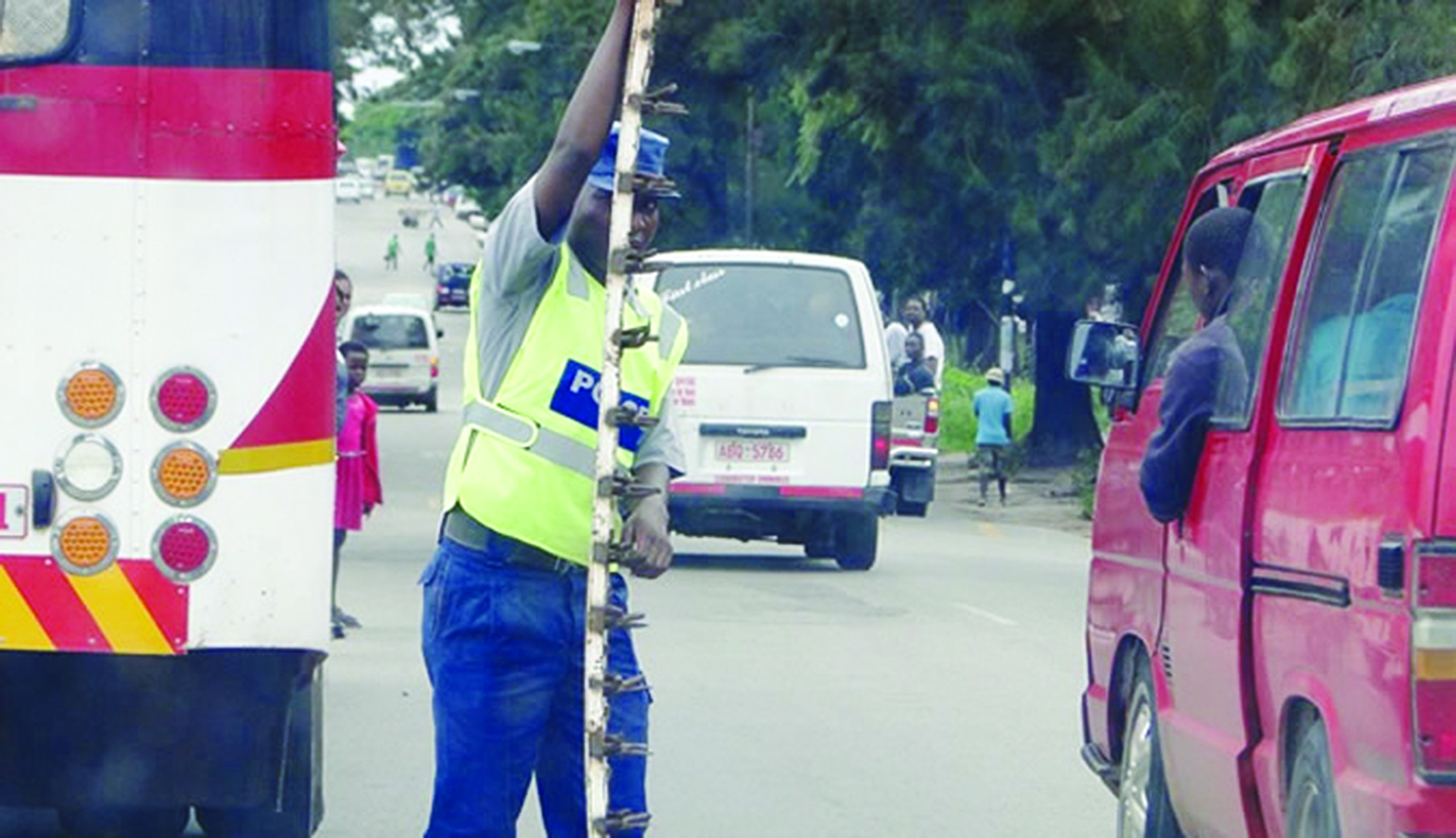 POLICE Commissioner-General Godwin Matanga has finally decided to stop the madness by his rank and file who have been using the law of the jungle to arrest motorists allegedly breaking road rules.

His officers have been using hand-held spikes, some so long that they needed two or three very strong men to carry them to block motorists fleeing from traffic checkpoints.

Granted, the world over police use spikes to stop fleeing motorists, but this is only done in very extreme cases after other means to stop the rogue motorist have failed.

We believe our police have been unnecessarily overzealous in the way they have been using the spikes to the point of disregarding the lives of innocent passengers. The Mutare incident in which four innocent people were killed after a police officer threw spikes at a fast-moving kombi comes to mind.

Law breakers should never be allowed on our roads, but better ways of apprehending them have to be devised.

The police say they have “observed that in major cities such as Harare and Bulawayo some kombis and pirate taxis, especially those with no number plates, do not stop at police roadblocks or police checkpoints. This makes it difficult for police to either arrest or trace them to account for their illegal activities”.

We cannot have criminals driving around let alone allow them to carry innocent commuters.

The police should pursue vehicles without number plates and if they fail to stop, the police should be in a position to communicate with other units to block such vehicles and once caught the drivers should rot in jail to dissuade others from being a law unto themselves.

The police should never be lenient with these miscreants because accepting bribes from them and letting them go is simply promoting lawlessness. Our roads will forever remain traffic jungles.

Traffic police officers should be tactical by making vehicle checkpoints so tight that no one can slip through. And to block those who may decide to reverse and flee, there should be other units lying in wait to stop them immediately before the vehicle gathers speed.

We also believe many of our travellers in Zimbabwe are very gullible for boarding vehicles without number plates. It is high time travellers desisted from accepting lifts offered by people whose cars have no number plates.

The fact that they are driving a vehicle with no plates means they are most likely criminals. It is high time we all became vigilant otherwise we are giving the police very little choice if we place ourselves in the line of fire by boarding vehicles without plates.