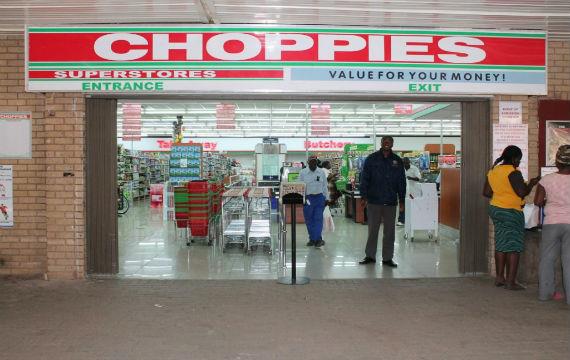 A bitter Boardroom battle for control of Botswana’s most prestigious company is being waged in Gaborone – and is reverberating through eight sub-Saharan countries.

At its heart is a battle for control of Choppies Enterprises Ltd – an investment holding company listed, but currently suspended, on both Botswana Stock Exchange (BSE) and the Johannesburg Stock Exchange (JSE).

It is pitting founder and CEO, Ramachandran Ottapathu and Botswana’s ex-President and current Chair of the Choppies Board, Mr Festus Mogae, against each other in a battle for control of the group which operates 260 stores in Botswana, South Africa, Zimbabwe, Zambia, Kenya, Tanzania, Mozambique and Namibia, and employs more than 17 000 people.

Mr Ottapathu joined Choppies in 1992 when it was a single insolvent store in Gaborone. Now, over 50% of Batswana shop regularly in its stores and Choppies is a much-loved household name – or it was until the Choppies Board put Mr Ottapathu on “precautionary suspension” this week and replaced him with the Deputy Chair, Mr. Farouk Ismail.

They had resolved to suspend Mr Ottapathu until “the Board determines the action, if any, to be taken in implementation of the recommendations made in the investigation reports that will follow the completion of the legal and forensic investigations announced by the Company on 5 March 2019”.

It also announced the appointment of South African company, Redford Capital, as “Chief Restructuring Officer” of the company to review Choppies business and identify action plans to improve it.

Mr Ottapathu cried foul and has instructed attorneys to challenge his suspension.
He says he has done nothing wrong and is “confident that investigations currently underway will not find any actionable wrong-doing on his part”. Specifically, he says that he has not benefited financially from any transactions under investigation.

India-born Mr Ottapathu grew Choppies from one small store. “We started off with a very small company – it was literally insolvent at one stage. From 1986 to ’92 we had one store. From ’92 to ’99 we had two stores. From ’99 to now, we operate almost 210 stores.”

The small-sized Mr Ottapathu who created a giant of a business empire, believes strong ethics is integral to success in all walks of life.

“When I did my articles at an accounting firm, my principal, a Mr Menon, was one of the people who instilled discipline, hard work and ethics in me because he was a really ethical man. So, business ethics, hard work and dedication – all these things I learnt from him. It was the most valuable learning experience I had in my professional life.”

He believes in being “fair and impartial” and is not afraid to call a spade a spade. “As a leader, you should be able to stay away from controversies, make a decision without any issue of conscience, and stand as an independent person – don’t go with the bias. Then you will be able to make the right decision.”

As a devout Hindu. Mr Ottapathu believes in the law of retribution. “My upbringing has helped me. You know, the scientific explanation for Karma is that, for every action, there is an opposite reaction. That helped me do good things in life, and be kind. When you see two routes, you always pray that you take the right route. That as a human being is always helpful.”

Mr Ottapathu remains a director of Choppies and is its single largest shareholder.

He believes his suspension comes from personal differences with “certain members of the Board” and says he made a proposal at the Board meeting the new directors should be appointed and that the Chair (Mr Mogae) should be replaced with somebody younger.

Instead, The Board offered him  a choice: resign or be suspended.

“I could not in good conscience agree to resign – because of Choppies’ current situation and my  deep investment and commitment to a company to which I have devoted most of my life,” Mr Ottsapthu said, adding: “More importantly, I do not agree that I have done anything wrong.”

He said the decision to supend him was “premeditated, and designed to deflect collective responsibility of the Board in relation to Choppies’ current situtation”, and  thart the Board could not provide him with comfort that they had appropriately undertaken contingency measures in light of his suspension or resignation.

He says: “The act was palpably not in the best interests of Choppies. It requires urgent governance and operational remedial interventions, including a review of Board performance and composition.

“I accept that the investigations currently underway need to run their course. I endorse the process and I am participating in it as required. We have to stop further losses and restore Choppies to the great Botswana success story that  it is, “ he said.