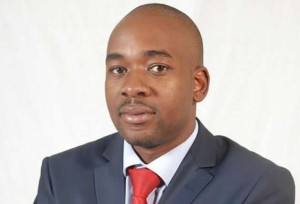 Addressing an estimated 5 500 party supporters at Dulivhadzimo Stadium in Beitbridge, Mr Chamisa said if elected into power, he will initiate a national healing process, introduce social grants for the elderly and vulnerable members of the community, transform television and radio services, introduce value addition on all exports and upgrade border towns, including Beitbridge.

However, all these programmes are already being implemented under the stewardship of President Mnangagwa.

“We have been visiting a lot of places in Matabeleland to get people’s grievances and if elected into power as President, I will ensure that we carry out a national peace and healing process. This will ensure that we make peace with each other and move forward as a nation,” he said.

“We cannot progress without forgiving each other,” said Mr Chamisa.

Vice President Kembo Mohadi, who is in charge of the National Peace and Reconciliation portfolio, is already engaging community, church and civic society leaders with the view of enhancing peace and economic development in the country.

The MDC Alliance leader went on: “I want to devolve power and authority as soon as I get elected into power. In addition, we will introduce social grants for the elderly and vulnerable members of the community. I will also address border challenges in one week and promote the ease of doing business. I will also introduce e-governance.” According to Mr Chamisa, the national healing process is not about retribution, but for socio-economic development.

He also pledged to rehabilitate the Beitbridge-Chirundu highway.

Further, he promised his supporters that he will employ the Rwanda model of economic development, which, Government has already taken on.

In April this year, Rwanda’s governance expert Ms Clare Akamanzi visited Zimbabwe at the invitation of Government and had an interface with Cabinet ministers and chief executive officers of public companies on how to turn around the economy.

Said Mr Chamisa: “We also want to deal ruthlessly with the cancerous issue of corruption, which is stalling economic development.

The Parliamentary Portfolio Committee on Finance and Economic Development routinely carries out budget consultations before the National Budget is tabled before the Parliament.

Government has issued a tender to Zim-Borders, who have started the process of transforming Beitbridge Border Post into a modern urban centre at the cost of $100 million.

In addition, Beitbridge was upgraded from a town to a municipality on 9 March this year as part of the Government’s infrastructure development programme.