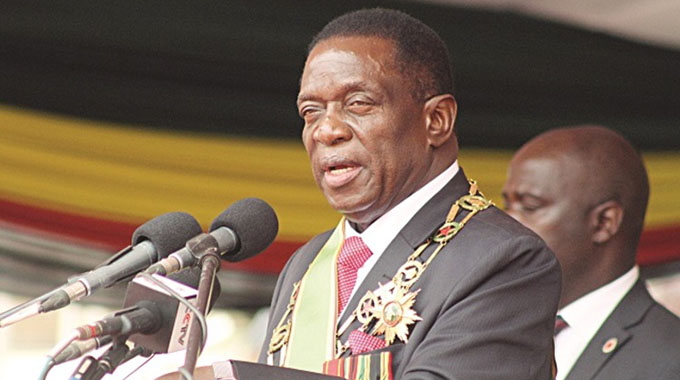 It is now exactly six months since President Mnangagwa’s inauguration on November 24, 2017 as the country’s second Executive President and analysts say he has indeed ticked the boxes in as far as establishing sustainable foundations for economic take-off and opening the country to political freedom. 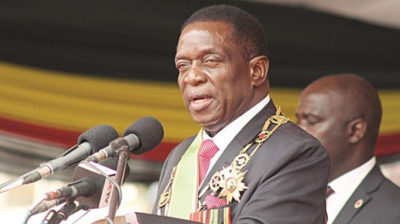 With a vision to modernise the country and turn it into a middle-income economy in the next 12 years, the President is aggressively pushing for investment-led growth.

His efforts have been tremendously successful thus far as he has been able to haul in investment commitments worth over $15 billion through opening the country up for business.

Below, we show some of President Mnangagwa’s key milestones.

The new political administration has been on a whirlwind tour to mend strained relations, strengthen existing ones and re-brand the country.

Zimbabwe’s isolation was precipitated by the bilateral dispute between Harare and London over the land reform programme, which later mutated into a multi-lateral issue.

However, it now all seems to be an issue of the past.

Dr Moyo later visited Brussels, the seat of the EU, to invite the regional bloc to observe the country’s forthcoming elections.

On April 25, President Mnangagwa declared that the row between Britain and Zimbabwe was effectively over.

In a major symbolic move, the Commonwealth Development Corporation (CDC) announced this month that it was extending a $100 million loan to the private sector, the first such loan in 24 years.

Engagements with the US government, which imposed sanctions through Zidera in 2001, are ongoing. Encouragingly, on April 7, President Mnangagwa met a US delegation consisting of Messrs Chris Coons, Jeff Flake, Cory Booker, Michael Bennet and Garry Peters, who are members of the US Senate Foreign Relations Committee.

Further, the US has also been invited to observe the forthcoming election.

Government has approved a list of 46 countries, 15 regional and continental bodies, to observe the forthcoming general elections. Government has promised to deliver a free election in order to integrate with the community of nations.

The re-branding and charm offensive through the media has also been aggressive as President Mnangagwa was featured in the Financial Times, while positively coverage has been received from Bloomberg, especially during Davos, as well as Forbes Magazine (Africa).

Perhaps the icing on the cake was when President Mnangagwa featured on TIME Magazine’s 100 Most Influential People 2018.

Government has attracted more than $15 billion in investment commitments, most of which are in the mining sector, especially after Government tweaked the Indigenisation and Empowerment Act through amendments included in the Finance Act, which covers the 2018 budget and were signed into law by President Mnangagwa on March 14.

One of the biggest deal so far is the $4,2 billion deal signed between Government and Karo Resources on March 22 in Harare. Karo Resources’ chair Mr Loucas Pouroulis, who attended the ceremony, is a serial investor, especially in mining, and has more than 50 years experience in the sector. He is renowned for founding Petra Diamonds, which is listed on the London Stock Exchange (LSE) and is currently valued at $560 million. In 2006, he also founded the $480 million Tharisa — listed in Johannesburg and London — and produced 1,3 million tonnes of chrome concentrate and almost 144 000 ounces of platinum last year.

The South African mining entrepreneur also founded Eland Platinum in 2005, but the venture was sold two years later to Swiss-headquartered Xstrata — the world’s largest producer of ferrochrome — for $1 billion.

There have also been multi-million investments in the lithium sector by companies from Canada, Australia and the London Stock Exchange. ASX-listed Prospect Resources, which operates the Arcadia Lithium Project near Harare, will sink $55 million during the first phase. AIM-listed Premier African Resources is currently fundraising for $64 million needed for the Zulu Lithium Project located 80 kilometres from Bulawayo. There are several other lithium projects underway.

A fortnight ago, CZI president Mr Sifelani Jabangwe said capacity utilisation in industry has risen from 44 percent to the current 50 percent.

As Zimbabwe opens up, visitors have been coming to Zimbabwe in droves, particularly to Victoria Falls.

Statistics show that hotel occupancies in Victoria Falls have risen by more than 13 percent, with 5 000 additional rooms having been booked in the three months to March, compared to the same period a year ago.

Border areas around Victoria Falls have also recorded a 30 percent increase, or 87 000 more people than last year in the same period.

Revenues are reportedly up 25 percent, and so is revenue per available room (RevPAR) — a key measure of profitability in the sector — which has risen by 11 percent.

“There are now 55 scheduled flights from Victoria Falls each month which, if you ask me what was there last year, you get nothing near half of that. Try and link this to the rest of the country and see the multiplier effect.

“Our industry is driven by perception. One man went to Davos (President Mnangagwa) and things changed. We expect more to happen this year,’’ said Mr Kennedy at the Africa Indaba Travel and Tourism Expo in Durban, South Africa, on May 10.

Overall, Zimbabwe has received over 2,5 million visitors in the first five months of the year, which represents a 12,3 percent increase over the same period a year ago, as tourists begin to warm up to the country.

Apart from drastically reducing police road blocks and efforts to professionalise and reform the police force, political freedom is flourishing, with opposition parties free to campaign across the country without being intimidated or harassed.

President Mnangagwa has eliminated hate speech and is currently preaching unity, which was underpinned by the signing of the National Peace and Reconciliation Commission Bill into law on January 5 this year.

No incidents of inter-party political violence have been recorded thus far, as Zimbabwe angles for a free, far and credible poll.