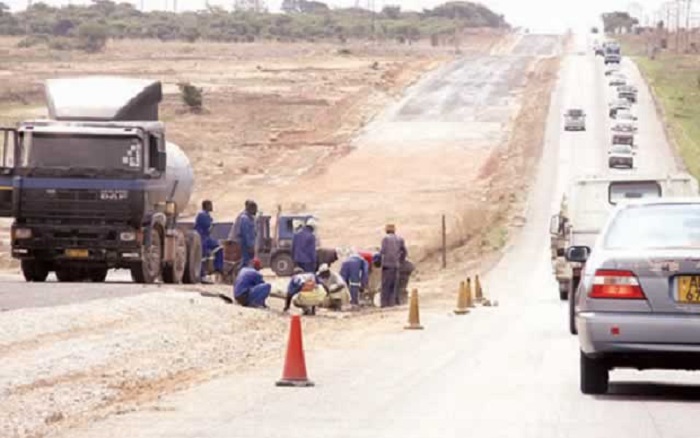 GOVERNMENT has awarded the tender to dualise the US$2 billion Chirundu-Beitbridge highway to Anhui Foreign Economic Construction Group Limited (Afecc) to pacify the Chinese government and the construction firm which was controversially stopped from mining diamonds in Chiadzwa two years ago.

The Zimbabwe Independent can also reveal that Afecc, a vital cog in China’s state-driven capitalism, was jointly extracting diamonds in Chiadzwa with Zimbabwe’s millitary through Anjin Investments. Anjin, and six other diamond companies operating in Chiadzwa, was barred from mining diamonds by government in 2016 for alleged failure to remit taxes and royalties.

The decision infuriated Chinese government officials and investors while putting the country’s investment laws and property rights under global scrutiny.

However, following President Emmerson Mnangagwa’s visit to China in April where his compatriot Xi Jinping complained about how Harare was “unfairly” treating Chinese investors despite good diplomatic relations between the two countries, government officials decided to award the tender to Afecc as a sign of goodwill.

Mnangagwa’s visit came at a time Beijing was also incensed by a damning report released by Harare which indicated that Chinese firms were top on the list of investors who were illegally externalising foreign currency from Zimbabwe.

Mnangagwa visited Beijing seeking a financial bailout to ease the liquidity crunch and cash shortages gripping the economy. He also wanted acceptance and to legitimise his leadership, cement international relations and attract investment.

Xi and Mnangagwa held talks which culminated in the two leaders agreeing to elevate relations between the two countries from being “all-weather friends” to comprehensive strategic level, meaning the relations assumed the highest category in China’s bilateral strategy.

“On its part China, after the elevation of relations, agreed to extend loans to Zimbabwe including for the refurbishment of Hwange Power Station’s units 7 and 8 which were on hold because insurance firm Sinosure was refusing to guarantee loans from Chinese banks to Zimbabwean companies because of the government’s failure to repay arrears already owed to China,” a government official said.

“As a gesture of goodwill the Zimbabwean government then considered awarding the Beitbridge-Chirundu project to a Chinese company, particularly Afecc which was hard done in Chiadzwa.”

The Hwange thermal power expansion project, which was commissioned by Mnangagwa last month, is expected to add 300 megawatts to the national grid.

The Austrian firm clinched the multi-billion tender in 2016, but work never commenced, as the company dithered, while Chec was also blacklisted by the World Bank (WB) over fraudulent practices.

“Government is negotiating with Afecc over that deal (Chirundu-Beitbridge dualisation project). In fact, the deal is almost finalised,” an official said.
Transport minister Joram Gumbo this week confirmed that discussions with Afecc were at an advanced stage.

Afecc has sunk an estimated US$225 million in Anjin to set up operations in Chiadzwa.

Mnangagwa in April said after crafting the new diamond policy, government would consider licencing new players in the sector.

In Zimbabwe, Afecc’s portfolio, through its Anjin Investments vehicle, includes the three-star Golden Peacock Hotel in Mutare and shareholding in Harare’s Long Cheng Plaza mall through Afecc. The Chinese firm constructed the US$98 million National Defence University which now hosts regional millitary personnel who come for training in Zimbabwe.