Source: Cockpit conflict ravages Alliance … as an insider says ‘we are now a Twitter party’ – DailyNews 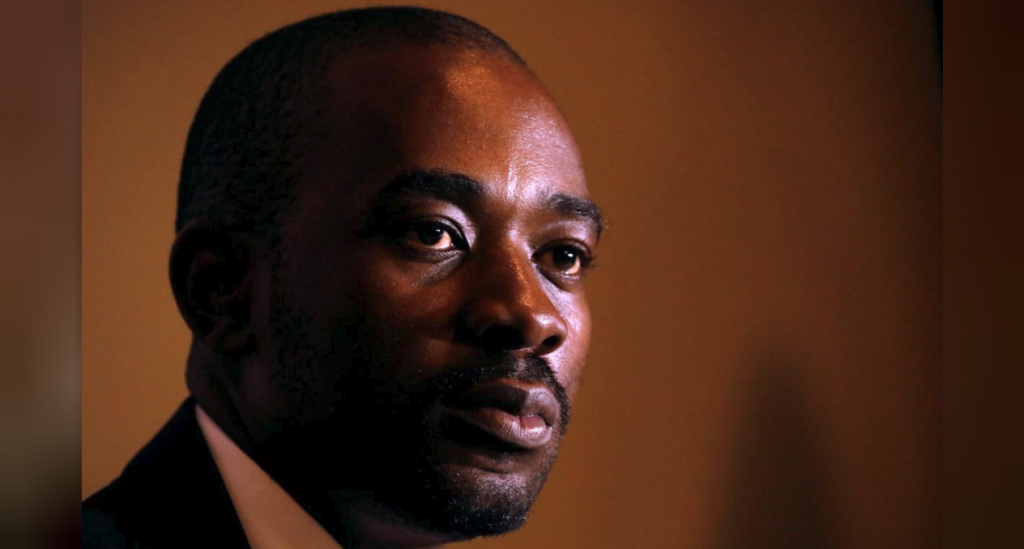 THE infighting and strategic missteps wracking the MDC Alliance are once again coming to a head, with a worried insider telling the Daily News yesterday that the coalition was becoming “a Twitter party”.

In addition, the senior alliance official also lamented the “undue” influence that a few “unelected people” — including “some politically-naive academics and lawyers” were increasingly having on the coalition’s leadership.

At the same time, political analysts warned yesterday that if the MDC Alliance did not change course and recalibrate its strategies, it risked being decimated by Zanu PF, by the time of the 2023 national elections.

This comes after former MDC senator for Zvishavane, and member of the Alliance, Lillian Timveous, as well as Blessing Chebundo — a former MP for Kwekwe Central — dumped the party, amid its ongoing senseless bloodletting and name calling.

“While it’s hard to admit this, we are a party in crisis, where we are specialising in fighting each other, rather than our real political foes Zanu PF.

“And the other hard truth is that we are so lacking in leadership, cohesion and effective strategies that we are now effectively a Twitter party.

“The situation is not helped by the fact that there is undue influence by a coterie of unelected people who include some politically-naive academics and lawyers who are misadvising the party’s leadership,” the senior MDC Alliance official told the Daily News.

Political analysts, including respected University of Zimbabwe political science lecturer, Eldred Masunungure, described the move by Timveous and Chebundo as “a godsend” for President Emmerson Mnangagwa and Zanu PF.

“In Chebundo, we are talking about someone with real political capital, having previously defeated Mnangagwa in the 2000 and 2005 parliamentary elections.

“So, it is a momentous development that will help the incumbent to consolidate his power base in Midlands.

“It is normal that leaders would want to build their power bases from their home provinces before spreading their tentacles elsewhere.

“Mnangagwa wants to be seen as having united the people from his home area to rally behind him after getting the likes of Timveous to his side. It will work wonders for him,” Masunungure said.

The highly regarded political commentator also warned that this latest development in the MDC could open floodgates for more defections to the ruling party in the near future.

“The development will also send shock waves within the opposition support base because it is a strategic issue, and there is likely going to be continued migration to Zanu PF. There is therefore a need for Nelson Chamisa to re-strategise to counteract that,” Masunungure added.

Stephen Chan, a professor of World Politics at the University of London’s School of Oriental and African Studies said with the ructions that have consumed the MDC since the death of its founding leader Morgan Tsvangirai in 2018, the current mass exodus of senior party officials was not surprising.

“In a way, it’s only surprising that defections of this sort haven’t happened earlier. As the opposition feuds within itself, and as Zanu PF conducts a behind-the-scenes defection diplomacy, it is likely more will defect in the future.

“There is prestige and funding available in politics. In opposition politics, however, foreign funders are increasingly disillusioned by the unending bitterness that the splits have engendered.

“It may be that Chamisa retains some viability as a presidential candidate, more so than Douglas Mwonzora, but I foresee both MDCs having a reduced place in Parliament after the next elections,” Chan said.

The question, he added, was what Zanu PF could offer Zimbabweans having been emboldened by the disintegration of the opposition, as well as what the agenda of the defectors was.

“In Singapore, with a dominant party state, the small opposition being a decoration that proved democracy existed, the government there became liberal in a whole raft of sectors that were not essential to its survival and political prosperity.

“That was schizophrenia that nevertheless required a form of pragmatic wisdom. I’m not sure, however, that Zimbabweans can expect that,” Chan said.

On the other hand, senior consultant at the International Crisis Group, Piers Pigou, said the defections were a reflection of the politics of opportunism and survival that was inherent in the opposition movement in Zimbabwe.

“Zanu PF obviously benefits from this in terms of propaganda value, although it is hard to see this as a truly substantive ‘win’. The politics and economy of the country remain polarised and broken.

“These members who have crossed the floor from opposition formations to the ruling party do not appear to have done so on the basis of principle or with the support of constituencies that voted for them.

“The optics do not look good for the opposition, losing national executive members to the ruling party, especially in this context.

“They appear to be a further indication of the multiple challenges and dysfunction that currently characterise opposition politics,” Pigou said.

However, he criticised Mnangagwa for receiving Chebundo and Timveous at State House “for what was essentially a party political defection ceremony”.

When Matutu was also welcomed by Mnangagwa at State House, he indicated that his coming to Zanu PF was a prelude to more MDC officials joining the ruling party from the ever-squabbling opposition.

“At this point in time I am speaking on behalf of myself, but I know there are so many other people who are waiting on the fence.

“Most of the MDC members are biblical lepers caught between a rock and hard place on whether to remain there because ‘we are called MDCs by the other party or if we go there we might be ill-treated on account of us being political activists’.

“I would like to believe that if a sign or signal is given that all is well and they are welcome, I can tell you that by 2023 there will be an amazing number of people who will follow their conscience,” Matutu said then.

He also accused the MDC of having lost its purpose as an opposition party, adding that it was now a movement in disarray because of constant bickering.

“I believe that there is very little that I can say that is not in the public domain, especially in my former party in its various forms, whether it’s MDC T or you call it MDC Alliance.

“I have taken this decision because I have done a very serious introspection — a reflection of where we are coming from and where we are going and also having considered the amount of time we have lost as a nation and what we want to achieve as a people and especially as politicians.

“I believe for the party (MDC) it has really lost the real purpose of its existence to exercise oversight over the ruling party.

“It is a party that has plunged into confusion and disarray as far as it has placed the nation into an election mode,” Matutu said further.