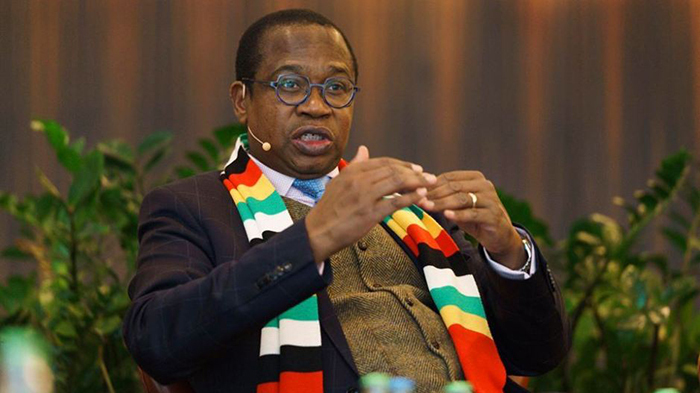 BY HARRIET CHIKANDIWA
FINANCE and Economic Development minister Mthuli Ncube says Zimbabwe will this year leverage on a boom in mineral prices to ride out shocks stemming out of the Russo-Ukraine war-induced global shocks.

The war has triggered global jitters that have left markets concerned that this could lead to food and energy shortages.

The first signs of instability emerged after oil prices surged to their highest level in 14 years, amid fears of supply constraints.

Brent crude prices have rocketed to about US$129 per barrel, from about US$77 per barrel, with fears that Russia, a significant global supplier, could cut output.

Domestic fuel prices have rocketed in the past three weeks to US$1,67 per litre from US$1,41 in January, 2021, according to a ministerial statement issued to Parliament by Ncube on Wednesday.

“The rise in international prices of several metals including gold due to its position as a safe haven and nickel due to supply concerns is, however, expected to positively impact on the country’s export receipts from mineral products,” he said.

Last week, local experts forecast international platinum prices to rebound as a result of the Russian instability, which is likely to result in a slide in output and a rise in demand.

For Zimbabwean producers, the only worry is that positive spin-offs may not offset the impact of projected disruptions in global supply chains as a result of the Russia- Ukraine war.

For now, however, platinum industry executives are confident that the slip in demand would result in higher production among the three domestic producers, which have significant capital expenditure budgets in their books for recapitalisation of expansion projects.

Ncube added: “On the domestic front, both the fiscal and monetary authorities continue to implement and fine-tune policy measures that are meant to stabilise the currency and lower inflation, including, among other things, fiscal consolidation and restrained reserve money
growth”.

“Both countries Russia and Ukraine are major exporters of metals, energy and agricultural commodities and disruptions in supply of these commodities have led to food prices increasing to a 14-year high,” he said.

“Fertilizer prices continue to increase as Russia, a major low-cost exporter of the product to the global market has curtailed exports,” he added.