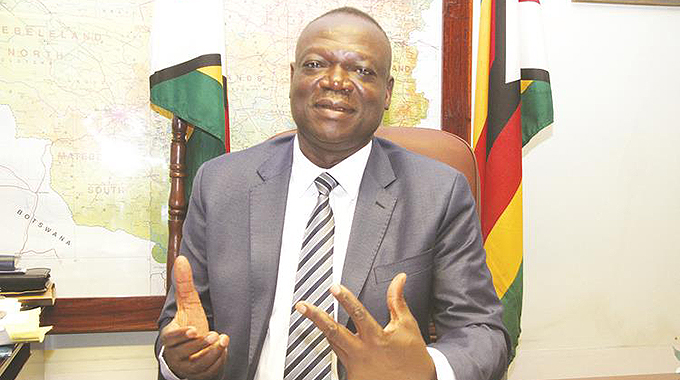 About 400 000 households are set to benefit from the Presidential Cotton Input Scheme this year as Government continues supporting the recovery of the lucrative cotton industry. This was said by Lands, Agriculture and Rural Resettlement Minister Perrance Shiri, at the launch of this year’s scheme in Dande, Mashonaland Central Province last week Wednesday .
Last year, about 380 000 farmers received support, up from 155 000 growers a year earlier.

The cotton input subsidy is running for the fourth consecutive year — having been launched in 2015 when production declined to 28 000 tonnes, the lowest in nearly two decades.

The programme, which saw Government disbursing free inputs worth more than $130 million has resulted in the recovery of the industry, with 100 000 tonnes expected this year.

Farmers are receiving inputs including basal and top dressing fertilisers, planting seed and chemicals enough to cover a hectare.
This means about 400 000 hactares will be put under cotton.

The Cotton Company of Zimbabwe – the state entity administering the programme said the scheme has created about 4 000 jobs. Cottco almost collapsed in 2014 after it ran into serious operational and financial challenges.

The Government came to the rescue after the Reserve Bank of Zimbabwe, through Zimbabwe Asset Management Company took over its massive $53 million debt.

Since then, the fortunes of the company gradually transformed positively with all its ginneries in Chiredzi, Muzarabani, Gokwe, Chinhoyi, Sanyati and Kadoma now operational.

Overwhelmed by huge intake volumes, Cottco has entered into toll ginning arrangements with some private players, which are processing raw cotton on its behalf.

Minister Shiri said cotton was strategic to the economy especially its potential of creating jobs.
“The economic benefits in the value chain of cotton are immense,” said Minister Shiri.

From the field, raw cotton is ginned, a process of separating the seed and fibre – also known as lint. Seed is used to make cooking oil and the by-product in the process is stockfeed.

Lint is used to make yarn by spinners and converted into fabric by textiles companies.
Minister Shiri urged farmers to put the inputs to correct use to achieve better yields.

“You should take advantage of this programme to buy your own inputs from the money that you make to expand your fields,” said Minister Shiri. The timely distribution of inputs will help farmers to plant on time in this will in turn improve yield potential.

Cottco chief executive Mr Pious Manamike said the company would ensure that all farmers would have received inputs before the onset of the rains.

The event in Dande was part of a series of inputs launch programmes that Cottco has lined up. Similar events have already been held in Muzarabani, Rushinga and in Mushumbi Pools.