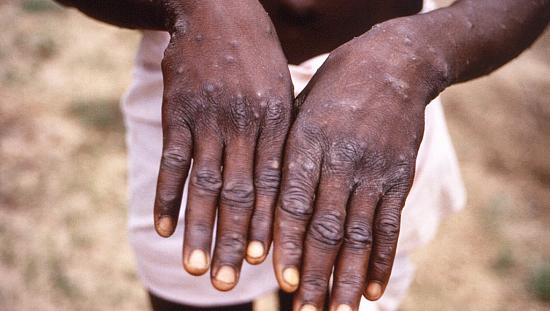 BY PRIDE MZARABANI|
THE Health ministry yesterday urged Zimbabweans not to panic after neighbouring South Africa recorded its first case of monkeypox on Wednesday.

South Africa joins 40 other countries that have identified patients with the disease.

Reports that the neighbouring country had recorded its first case sent panic among Zimbabweans because of the huge volume of human and vehicular traffic between the two countries.

Contacted for comment, the ministry’s spokesperson Donald Mujiri said there was no need to panic and referred NewsDay to the ministry’s June 6 statement on monkeypox preventive measures.

“Avoiding contact with animals that could harbour the virus, any materials, such as bedding and clothing that has been in contact with a sick animal or person suspected to have monkey-pox infection,” the statement read in
part.

“Isolating suspected infected patients from others who could be at risk for infection. Practising good hand hygiene such as the washing of hands with soap and water or using an alcohol-based hand sanitiser. Using personal protective equipment when caring for suspected patients,” it added.

Monkeypox is a rare viral infection in humans characterised by an acute illness of fever and general flu-like symptoms, followed by the eruption of a blister-like rash on the skin.

Since May 2022, monkeypox has been reported in more than 3 000 individuals from several European countries, the United States, Canada, Australia, Morocco and the United Arab Emirates

The disease is rarely fatal and symptoms disappear within two to four weeks. Most cases do not require hospitalisation.