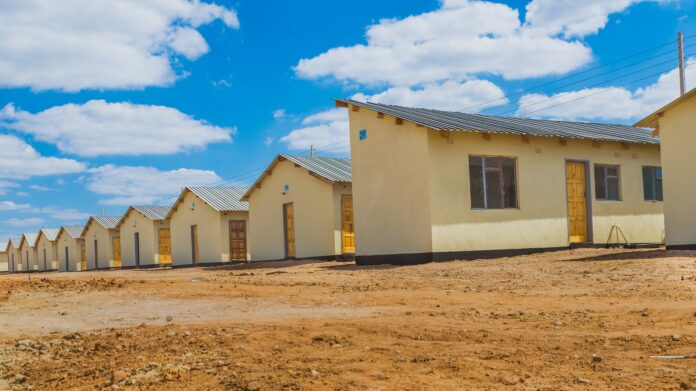 BY KUDAKWASHE TAGWIREYI
THE Dzivarasekwa housing project that falls under the ministry of National Housing and Social Welfare remains on course despite failing to meet set targets, officials said.

Only four blocks flats are under construction in Dzivarasekwa against a target of 88 that government promised to construct in 2021.

In April 2021, government said $1billion had been set aside for the Dzivarasekwa housing to arrest the growing housing backlog.

Provincial Director of Public Works in Harare Metropolitan Province Ackim Marivara told journalists on Thursday during a tour that they were building 4 blocks of flats.

“As a contractor as public works we are also participating in the reduction of the backlog of the national housing backlog, providing accommodation for low income people,” Marivara said

“We are currently building four blocks of flats which consist of two types , the H type and the annex type and these types of flats are going to accommodate about 24 families and we hope during the course of this year we hope to build some blocks.”

One of the local companies is Leengate land developers, which is assisting in the construction of roads and sewer infrastructures,

Leengate projects manager Kennedy Bunhu said: “Currently the overall progress is at 81% with the roads at 85% completion the car parks, we have got 67 car parks that are being constructed here and we are now at 40% as we surfaced the roads”