HARARE – As the nomination court sits today, the chances are high that
both President Emmerson Mnangagwa’s ruling Zanu PF and Nelson Chamisa’s
MDC Alliance will end up with multiple candidates contesting the same
constituencies in next month’s eagerly-anticipated national elections. 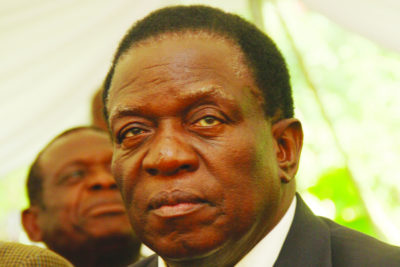 The impending chaos is a result of both major parties having failed to
arrest internal squabbles during their respective, divisive and
hotly-contested primary polls.

So bad were the ructions in Zanu PF, that party bigwigs stand accused of
having allegedly removed some winning candidates on the final party lists,
and replacing them with their preferred candidates

Mashonaland Central, for example, war veterans are up in arms against
party leaders – who they accuse of engaging in corruption and favouritism
during the internal polls.

The district chairperson for the Zimbabwe National Liberation War
Veterans’ Association (ZNLWVA) in Mazowe, Pfanos Mudzimunyi, told the
Daily News yesterday that the province was forced to reverse some names
that regional party leaders had forwarded for confirmation to head office.

This was after they had allegedly removed the name of the winning
candidate for Mbire constituency, Babra Chiponda, and replaced her with
Theresa Newone.

In addition, they had also reportedly removed Elizabeth Chishaka from the
provincial council list, and replaced her with politburo member Munyaradzi
Machacha’s wife Dorothy.

This led to the whole process being reversed yesterday, after a protest by
the former freedom fighters.

“As war veterans, we were not happy with all this. Although they managed
to reverse this, there is still spirited resistance from some sections and
we are saying to them let us respect the party’s constitution,” Mudzimunyi
said.

“Indeed, it seems as if we are back to the old dispensation, as if they
want to bring G40 members back, and we are not happy.

“As war veterans, we are not going to accept that. We support our
president who wants to see the Constitution of the party respected.

“They also want to spoil the name of our political commissar Engelbert
Rugeje. He doesn’t know all these things. They are creating a rift between
us war veterans and Rugeje,” he added.

Kazembe said, “The allegations are false. There was simply a communication
breakdown between headquarters and our office, and this issue was resolved
yesterday …
There is no one who has the power to remove winning candidates unless the
candidates do not meet Zec requirements”.

Similarly, the Zanu PF Matabeleland South leadership on Tuesday drafted
its own final list of candidates, after it unanimously rejected a document
from the national commissariat which indicated irregularities.

In the process, the regional leadership removed vice president Kembo
Mohadi’s ex-wife Tambudzani Mohadi from being Beitbridge’s senatorial
candidate, and replaced her with Rabelani Choene.

In Mashonaland West, regional vice chairperson Dexter Nduna warned party
candidates saying there were some among them who wanted to avoid the
nomination process, to sabotage the party.

“We know that there are some candidates who are planning to abscond the
nomination court to allow the opposition to take seats. We are not going
to allow that,” he said.

Contacted for comment Zanu PF national spokesperson, Simon Khaya Moyo
said, “We go by the names which were approved by the politburo. The
secretary for administration issued a statement yesterday (Tuesday) on
this issue … we follow what the politburo approves not the other way
round”.

But confusion is also reining supreme within the ranks of the country’s
main opposition party, the MDC – with many candidates still embroiled in
serious internal fights.

After a gruesome battle for Kuwadzana East constituency between the youth
assembly’s Shakespear Mukoyi and Charlton Hwende, the party
controversially disqualified Mukoyi and settled for Hwende – a close
Chamisa ally.

According to the Zimbabwe Electoral Commission, there will be 10 national
Nomination Courts for the national assembly candidates, one in every
province.

Zec also says a presidential candidate has to pay $1 000 to register with
the Nomination Court. For those seeking to be parliamentarians, they have
to pay $50, and those that want to be senators have to pay $10, while
those aspiring to be councillors are not asked to pay anything.

All presidential candidates should produce proof that they are Zimbabwean
citizens and are above the age of 40.