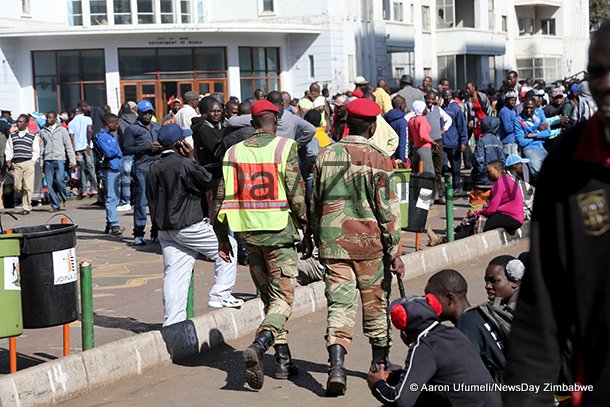 ONE of Zimbabwe’s competitive advantages over many countries has for a long time been its wildlife, especially the now rare and endangered black rhino species. Once roaming free across the wild plains of the southern African country, it was simply a marvel and a joy to view these beautiful mammals in the savanna bushveld. But decades of poaching have nearly decimated the animals close to extinction. And for years the blame has been laid on foreign poachers using sophisticated machinery and equipment. Under threat from being poached into extinction are not only rhinos, but almost all our wildlife from elephants to the timid rabbit and mouse.

And an isolated incident in Beitbridge’s Budye Valley conservancy this past week serves as a pointer to the fact that the greatest threat to our wildlife has largely been nothing else but us. Game guards tracking poachers’ spoor spooked two of them and they scrammed leaving behind a bag of clothes and an AK-47 rifle, whose serial number was traced to our own military establishment.

We are not going to delve into the serious security matters that this incident raises, but we are simply going to point out that, as a country, such isolated events are an indictment to any national efforts to re-establish our once vibrant tourism industry. We cannot have a few selfish and greedy individuals depleting our wildlife just for self-gain. We were of the view that our security forces are there to protect us and our resources. But when we get incidents in which our military or individuals linked to the military start stealing the very resources they are supposed to protect it leaves us dumbfounded.

Incidentally, while Foreign Affairs minister Sibusiso Moyo has been talking of indiscipline in Zimbabwe pertaining to price hikes, we, however, would like to draw his attention — himself being from the military, to the issue of the military automatic rifle that was abandoned in Budye Game Park by suspected local wildlife poachers. It appears this indiscipline runs deep and we would most appreciate if charity began in Moyo’s former home, the military.

We are cognisant of the old excuse that some guns were stolen from the country’s armouries, but as his boss President Emmerson Mnangagwa has come to discover that corruption — being the biggest sign of indiscipline, runs deep across all government sectors — Moyo and company should first rid of all vices in key State institutions such as the military. These institutions should be the first to respect and uphold what we hold dear, such as our wildlife. When these national values are inculcated in our institutions it becomes easy for the rest of us to toe the line.